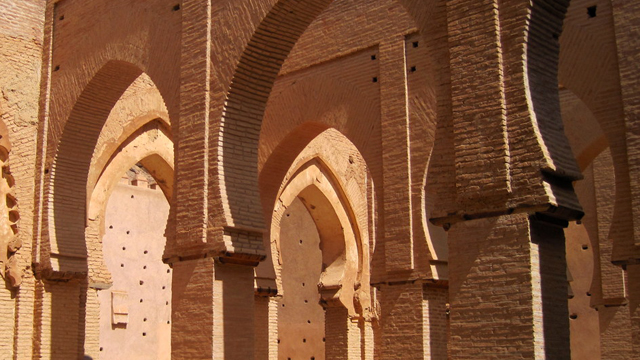 Once a sister from Algeria called the Shaykh and said: “O Shaykh! I have news!”

The Shaykh said: “I hope Allaah has blessed you with good news.”

She said: “One of the sisters had a dream, and I shall narrate it to you.”

The Shaykh said: “I hope she saw [something] good.”

She said: “O Shaykh! Is it correct that someone can come and narrate a dream to you and you can say: ‘I hope you saw [something] good and [hopefully] it is good?’ Is this confirmed from the Sunnah?”

The Shaykh said: “No. This is not confirmed, however, there is no harm in using this [term] sometimes.”

Then I called her, and said to her: ‘Come down. Come down with us.’

So when she came down she asked me: ‘Who are you looking at?’

We then walked together along the [same] path [the sister and I], and whilst we were walking we saw a Shaykh upon the [same] path, so we extended our greetings to him by saying: ‘as-Salaamu ‘alaykum.’

So he replied to us: ‘Wa ‘alaykum as-Salaam wa Rahmatullaahe wa Barakaatuhu.’

Then this Shaykh asked us: ‘Did you see the Messenger (sal-Allaahu ‘alayhi wa sallam)?’

So this sister asked me: ‘Who is this Shaykh?’

Here, the Shaykh did not say a thing, rather, tears began pouring down (his face) and he cried profusely. He then asked those of the brothers who were in his gathering to leave.

Actual recording of above narration