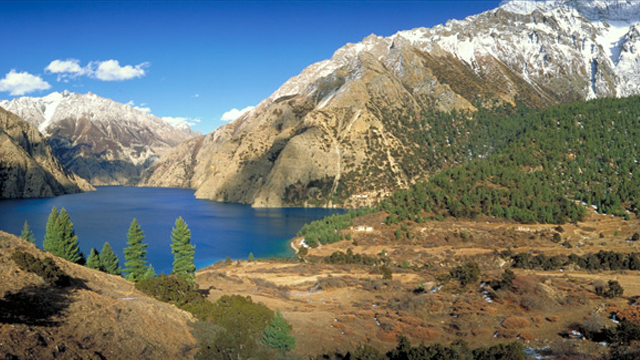 He was brought up by his noble parents in affluent surroundings. He studied the basics of reading and writing from the Mushaf with Muhammad Ibn Sa’d Aal Sulaymaan. He later memorised the Qur.aan and some treatises of Shaykh al-Islaam Ibn Taymiyyah, Imaam Muhammad Ibn ‘Abdul-Wahhaab with the judge of his town, at that time being Shaykh ‘Abdul-‘Azeez Ibn Ibraaheem Aal ‘Abdul-Lateef.

After this, his desire to seek knowledge became stronger, so on the 27th of Safar 1367 A.H./1946 C.E. he left his affluent surroundings, he travelled to Shaykh ‘Abdul-‘Azeez Ibn ‘Abdullaah Ibn Baaz who was in the region of Kharj. He remained with him for 4 years, not including breaks to return home to visit his parents whom used to assist him financially whilst he travelled seeking knowledge.

He studied a number of works with Shaykh Ibn Baaz from the major books and other than them from the books of hadeeth and fiqh. During his time with him, he memorised a number of treatises including Buloogh al-Maraam, and he was very keen in seeking knowledge based upon authentic proofs.

From amongst his teachers there were:

On the 8th of Dhul-Qa’dah 1380 A.H./1959 C.E. he transferred to the Court of Grievances and worked there as a member of the judiciary.

On the 1st of Rabee’ ath-Thaanee 1397 A.H./1976 C.E. he was made a member of the Permanent Committee for Islaamic Research and Fataawa, arising from his appointment to the Council of Senior Scholars.

He still partakes in educational activities and passes fatwa, and assists the University of al-Malik Sa’ood by giving levtures to students in higher studies in the department of Islaamic Education.

He has a number of publications to his name, amongst them a collection of his khutbah’s put together in 4 volumes.