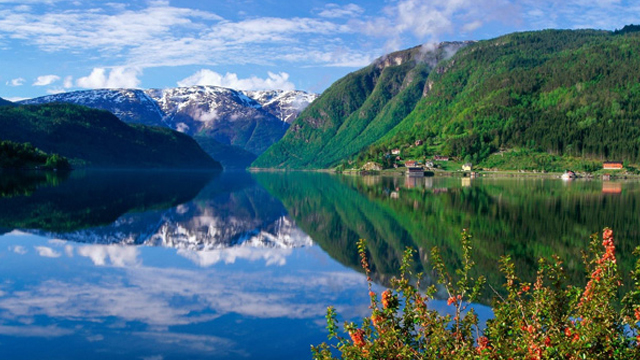 His Birth
The Shaykh, may Allaah preserve him, was born in the village of Najaamiyyah on the 22nd of Shawaal of 1346H and was raised in the house of his two righteous parents – which have no equal in comparison.

Due to this, his parents both made a pledge to Allaah by him that they would not burden him with any type of worldly jobs, and Allaah made what they wished come true.

They would both constantly keep guard of their son to the point that they would not even let him play amongst the children. When he reached the age of puberty, they entered him into the schools of the village, where he learned to read and write. He learned to recite the Qur’aan in the national school before the coming of the Shaykh ‘Abdullaah al-Qar’aawee, rahimahullaah, three times, the last of which occurred in 1358H when he remained there.

He first read the Qur’aan to Shaykh ‘Abdu Ibn Muhammad ‘Aqeel an-Najmee in 1355H. Then he read it to Shaykh Yahyaa Faqeeh ‘Abasee, who was from Yemen and who had come to Najaamiyyah and stayed there. Our Shaykh studied under him in the year 1358H. But when Shaykh ‘Abdullaah al-Qar’aawee arrived at Najaamiyyah, there occurred a debate between him and this teacher concerning the issue of Allaah’s Rising – for he was ‘asharee. So Shaykh al-Qar’aawee defeated him and he fled from the town after that.

{And so the roots of the people who did wrong were cut off – all praise be to Allaah, the Lord of the Worlds}, [Soorah al-An’aam, Aayah 45]

His Educational Upbringing
After their ‘asharee teacher left, the Shaykh, along with his two paternal uncles, Hasan Ibn Muhammad an-Najmee and Husayn Ibn Muhammad an-Najmee, began to frequently attend Shaykh al-Qar’aawee’s classes for some days in the city of Saamitah, but this did not last. This was in the year 1359H. In 1360, in the month of Safar to be exact, our Shaykh joined the Madrasah Salafiyyah and recited the Qur’aan, this time under the order of Shaykh ‘Abdullaah al-Qar’aawee (rahima-hullaah) to Shaykh ‘Uthmaan Ibn ‘Uthmaan Hamlee (rahima-hullaah). This was such that he recited the entire Qur’aan to him with tajweed and memorised the books “Tuhfatul-Atfaal”, “Hidaayatul-Mustafeed”, “Thalaathatul-Usool”, “al-‘Arba’een an-Nawawiyyah” and “al-Hisaab.” And he perfected the discipline of handwriting.

He would sit in the study circle, which Shaykh al-Qar’aawee had set up there, until the time when the younger students departed after the Salaat az-Zhuhr. Then he would attend the circle for the elder students, which Shaykh ‘Abdullaah al-Qar’aawee was in charge of personally teaching. So he would sit in this class from after the Salaat az-Zhuhr till the time of the Salaat al-‘Ishaa.. Then after praying (‘Ishaa.), he would return to his town of Najaamiyyah with his two uncles (Hasan and Husayn).

After four months, Shaykh ‘Abdullaah al-Qar’aawee granted him permission to to be part of his study circle for elder students, which he taught himself. So he read to the Shaykh the following books: “ar-Raheebah” concerning Laws of Inheritance, “al-Aajroomiyyah” concening Arabic Grammar, “Kitaab at-Tawheed”, “Buloogh al-Maraam”, “al-Bayqooniyyah”, “Nukhbat-ul-Fikr” with its explanation “Nuzhat-un-Nadhr”, “Mukhtasaraat fee Seerah”, “Tasreef al-Ghazee”, “al-‘Awaamil fee an-Nahw”, “al-Waraqaat” concerning the Principles of Fiqh, and “al-‘Aqeedah at-Tahaawiyyah” with its explanation from Shaykh ‘Abdullaah al-Qar’aawee – this was before they had seen its explanation from Ibn Abil-‘Izz al-Hanafee. He also studied parts of the book “al-Alfiyyah” of Ibn Maalik and “ad-Durar al-Bahiyyah” with its explanation “ad-Daraaree al-Madiyyah” concerning Fiqh – both of which are written by Ash-Shawkaanee, rahimahullaah. This goes as well for other books – whether there was in them those which they studied as an assigned subject, like the previously mentioned books or what they studied for cultural education in some concise treatises and small pamphlets or those books, which they would reference when researching such as Naylul-Awtaar, Zaad al-Ma’aad, Noorul-Yaqeen, al-Muwatta and al-Ummuhaat.

In 1362H, Shaykh ‘Abdullaah, rahimahullaah, distributed portions of the Ummahaat (hadeeth Books) he had present in his library to his students, which consisted of Saheeh al-Bukhaaree, Sunan Abee Dawood, Sunan an-Nasaa.ee, Muwatta of Imaam Maalik. So they (his elder students) began to read these books to him, but they did not complete them because they had to depart due to a drought.

In 1364H, they returned and read them to him. so then Shaykh ‘Abdullaah gave him the ijaazah (religious authorisation) to report from al-Ummahaat As-Sitt.

He also studied under Shaykh ‘Alee Ibn Ash-Shaykh Ziyaad As-Somalee at the order of Shaykh ‘Abdullaah al-Qar’aawee, the subject of Grammar, studying the book “al-‘Awaamil fin-Nahwi Mi.ah”, as well as other books on Grammar and Morphology.

In 1384H, he attended the study circles of the Shaykh, the Imaam, the ‘Allaamah, the Muftee of the Saudi Lands, Shaykh Muhammad Ibn Ibraaheem Aal ash-Shaykh, rahimahullaah, for the length of close to two months. In these circles, he taught Tafseer Ibn Jareer At-Tabaree with the recitation of ‘Abdul-‘Azeez Ash-Shalhoob, with regard to the subject of tafseer. Likewise, in the same year, he attended the gatherings of our Shaykh, the Imaam, the ‘Allaamah, Shaykh ‘Abdul-‘Azeez Ibn Baaz, rahimahullaah, for the length of close to a month and a half. This class was on Saheeh al-Bukhaaree and occurred between the Maghrib and ‘Ishaa. prayers.

His Teachers
From what you have read it is clear that his teachers, in order, include:

His Students
Our Shaykh, may Allaah preserve him, has many many students. For whoever spent the amount of time that he spent in teaching, which is almost half a century, then you can just imagine how many his students will be. And if we were to list their number, then that would require a large book in itself. So I will only mention a short example of them, by which one can go by in determining his other students. So from among his students are:

It is sufficient to just mention these three names here. And this is due to the widespread fame they have in the circles and gatherings of knowledge, so no one can blame us for doing so.

His Aptitude and Intelligence, may Allaah grant him success

The Shaykh possesses a very high level of intelligence. The following is a story that indicates the intelligence and good memory he had since childhood:

The uncle, Shaykh ‘Umar Ibn Ahmad Jardee al-Madkhalee said:
“When Shaykh Ahmad would attend classes at the Madrasah Salafiyyahin Saamitah, along with his two uncles, Hasan an-Najmee and Husayn an-Najmee, during 1359 when he was 13, he would listen to the classes that Shaykh ‘Abdullaah al-Qar’aawee gave to his elder students and he would memorise them.” I say: This is what caused Shaykh ‘Abdullaah al-Qar’aawee to let Shaykh Ahmad join his adult classes, which he would take charge of teaching himself. This was because of what the Shaykh (al-Qar’aawee) saw of his superiority, quickness in memorising and intelligence.

His Works
Our Shaykh, may Allaah preserve him, worked as a teacher in the schools of his Shaykh, ‘Abdullaah al-Qar’aawee, as a volunteer. And when the pay positions began, he was assigned the duty of a teacher in his town of Najaamiyyah. This was in 1367H. Then in 1372H, he transferred to being Imaam and teacher in the town of Abu Subaylah in Baalhurrath.

On 1/1/1374H, when the educational institute in Saamitah was opened, he was assigned the position of a teacher in it until the year 1384H. He resigned from this position with the hopes of getting the opportunity to teach in the Islaamic University of Madeenah, so he traveled there. However, certain circumstances took place which didn’t allow that to occur, so he returned back to his district and Allaah decreed for him to be appointed the position of religious admonisher and guide for the Ministry of Justice of the District of Jaazaan. So he took the role of admonishing and advising in the best of manners.

On 1/7/1387H, he returned to being a teacher at the educational institute in the city of Jaazaan at his request. Then at the beginning of the school year of 1389H, he returned to teaching at the institute of Saamitah. He remained there as a teacher until he retired in 1/7/1410H.

Since that time up until the time that I am writing these lines, he has kept himself busy teaching in his home, in his local masjid and in other masaajid of the district, holding weekly classes as well as taking on the role of providing fataawa (for questions).

In doing all of this, he has acted in accordance with the final advice of his teacher, which was to remain constant in teaching and in taking care of the students, especially the foreign ones among them who left their families (to study). He had remarkable patience in accomplishing this, so we ask Allaah that He reward him on our behalf.

He also abided by his teacher, Shaykh al-Qar’aawee’s final advice by continuing in his studies and in researching and learning from others. This is especially with regard to the sciences and principles of hadeeth and Fiqh, for it was such that he surpassed his colleagues and had a powerful command in that matter. May Allaah bless his life and knowledge and benefit us with his efforts.

His Books of Knowledge
Our Shaykh, may Allaah preserve him, has written many books, some of which have been printed and some which have not. We ask Allaah that He facilitate the publishing of those books so that the benefit from them can be attained. From his books are:

And there are other beneficial books, which he has presented for the Muslims, may Allaah reward him with the best of rewards and benefit Islaam and the Muslims through him. And may the peace and blessings of Allaah be on our prophet, Muhammad, his family and Companions, Ameen.