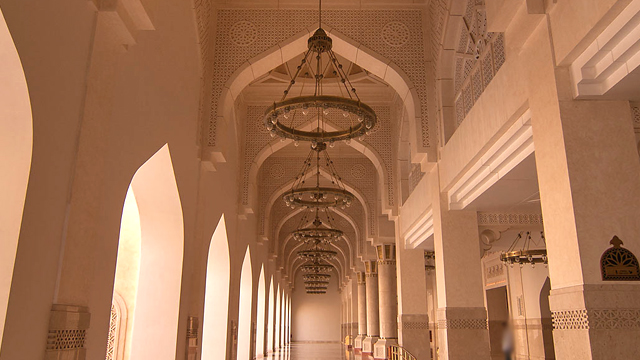 He was the faqeeh, the muhaddith, the mufassir, the noble Shaykh ‘Umar ibn Muhammad ibn Muhammad Bakar al-Fallaanee, popularly known as Fallaatah. And al-Fallaanee refers to the tribe of al-Fallaanah, which is well-known and widespread in most of Western Africa. And according to some historians, his lineage goes right back to ‘Uqbah ibn Naafi’ or Ibn ‘Aamir or Ibn Yaasir, however, it is most probably another ‘Uqbah and not the great companion of the Prophet (sal-Allaahu ‘alayhi wa sallam) who conquered Africa.

His birth
He was born in 1345 A.H. (1925 C.E) near Makkah, during his parents hijrah from Africa which took them approximately a year. Regarding this, the Shaykh mentions: “Allaah willed for them to begin their journey and they were two, and when they completed their journey they/(we) were three”.

His education
In 1346 A.H. they moved to al-Madeenah an-Nabawiyyah, where he grew up and began his education with what were known in those days as al-Kuttaab, by the name of Muhammad Saalim, under whom he memorised the first few chapters of the Noble Qur.aan.

Later, he entered the Daar al-‘Uloom ash-Shar’iyyah in Madeenah and studied there until he was approximately 7 years old. There, he graduated from his primary education and completed the memorisation of the Qur.aan.

In 1385 A.H. (1965 C.E.) he was appointed assistant secretary of the Islaamic University of Madeenah.

In 1396 A.H. (1976 C.E.) he was appointed an assistant lecturer in the Faculty of Hadeeth as well as maintaining his position as general secretary of the Islaamic University of Madeenah.

Later, he became the principal in charge of the Centre for Da’wah Affairs at the Islaamic University of Madeenah.

In 1406 A.H. (1986 C.E.) he was appointed principal in charge of the Centre for the study of the Sunnah and the Prophetic Seerah at the Islaamic University of Madeenah, which was actually setup by the Shaykh himself.

After he retired, he went back to the Daar al-Hadeeth.

A kind donor from India by the name of Shaykh Muhammad Rafee’ (rahima-hullaah) donated a building for the Daar al-Hadeeth which was near the al-Masjid an-Nabawee. It was named Maktabah Ahlul-Hadeeth and also Madrasah Daar al-Hadeeth.

He was close to his Shaykh, the great noble Shaykh ‘Abdur-Rahmaan al-Ifreeqee, who took over principalship of the Daar al-hadeeth after Shaykh Ahmad ad-Dahlawee (rahima-hullaah) died in 1375 A.H. (1955 C.E.). And when Shaykh ‘Abdur-Rahmaan al-Ifreeqee (rahima-hullaah) died in 1377 A.H. ( 1957 C.E.) Shaykh ‘Umar assumed principalship of the Daar al-hadeeth thereafter.

When the building was finally finished, it was something of a sight, so much so that it won a prize for its design.

And the Shaykh was extremely attached to the Daar al-Hadeeth and held it very dear to him, and used to extend much assistance to it.

His Shuyookh
The Shaykh said: “I met more than seventy scholars at the masjid of the Messenger of Allaah (sal-Allaahu ‘alayhi wa sallam) and they were in truth inheritors of the Prophet”.

Shaykh Yoosuf ibn Sulaymaan al-Filisteenee, under whom he also studied at the Daar al-‘Uloom ash-Shar’iyyah.

Shaykh Muhammad ‘Alee al-Harakaan, who was previously the assistant secretary of the Muslim World League. He studied the majority of ((Saheeh al-Bukhaaree)) under him, along with it’s explanation, ((Fat.h al-Baaree)). And this was while he was teaching in al-Masjid an-Nabawee.

Shaykh As’ad Muhiy ad-Deenal-Husaynee, under whom he read the Noble Qur.aan, thereby further strengthening his memorisation.

Shaykh Muhammad Jaatoo al-Fallaanee, under whom he studied a number of texts of the Maalikee madhhab, and some their explanations. He also studied ad-Dimishqee’s explanation of ((Mukhtasir Khaleel)), along with some of ((Aqrab al-Masaalik)), and then completed the rest under Shaykh ‘Ammaar al-Jazaa.iree.

The Shaykh, the muhaddith Muhammad ibn Ahmad as-Soodaanee al-Madanee, under whom he studied some books of poetry and Arabic grammer and some aspects of Usool al-Fiqh.

The Shaykh, the muhaddith ‘Abdur-Rahmaan ibn Yoosuf al-Ifreeqee, who had a tremendous effect on his personality, such that there became a great similarity between them, as Shaykh ‘Abdul-Muhsin al-‘Abbaad mentioned in his lecture about Shaykh ‘Umar.

He studied ((Buloogh al-Maraam)) under Shaykh ‘Abdur-Rahmaan along with ((Subul as-Salaam)) and some major books of hadeeth such as ((al-Muwatta,)) of Imaam Maalik, and also in tafseer and the science of hadeeth, while also hearing him respond to the questions of the people seeking fataawa.

May Allaah have mercy upon all of the deceased amongst them.

His manners
The Shaykh was of excellent manners, and was very concerned about the benefitting and assisting the Muslims. He was extremely humble and noble to his guests as he would greet them with a cheerful face, enticing the guests to feel full of cheer as a result. He used to enjoy assisting the people, whether old or young, considering he was himself worthy of receiving assistance because of his position and knowledge and old age. So as a result of his impeccable manners, he was loved by those who knew him and those who did not.

And Shaykh al-Albaanee praised him much for his good neighbourly conduct and his impeccable good manners when he was a neighbour of Shaykh ‘Umar during the time he spent teaching at al-Jaami’ah al-Islaamiyyah (Islaamic University) in Madeenah.

[Note from Abu ‘Abdullaah: Having been taught Arabic grammar by Shaykh ‘Umar’s son ‘Abdul-Haadee; Shaykh ‘Abdul-Haadee once mentioned to us in class that the Shaykh did not permit the television inside their home, saying “Why should I invite Shaytaan into my house and force the angels to depart?”]

And the Shaykh was extremely wise in his opinions and sharp-witted at the many issues which people brought to his attention, as those who spent time with him in his tent during Hajj and the different da’wah centres he would visit would well know.

And the Shaykh was blessed with impeccable manners as has been mentioned, even when he faced those who disliked him for his manhaj or manner, and he was able to affect them with his good manners in such a way that they would correct their ways and ahere to the true path and manhaj, which is based upon the Noble Qur.aan and the authentic Sunnah according to the understanding of the pious predecessors. And all this was whilst he was teaching in al-Masjid an-Nabawee.

His ‘aqeedah and manhaj
The Shaykh adhered steadfastly to the Noble Qur.aan and the authentic Sunnah as understood by the pious predecessors and he invited to this path with wisdom and maturity. He also used to encourage others to understand the evidences, and used to detest the opposing manaahij.

His travels
The Shaykh travelled to many countries for da’wah purposes, either with the Islaamic University or to setup Summer camps. From amongst the countries he visited were: Egypt, Syria, Jordan, Lebanon, India, Pakistan, and many African countries.

The Scholars praise of him
Amongst the many scholars who praised him were:

Also, Shaykh ‘Abdul-Muhsin al-‘Abbaad described him as: “…a great man, a rightly-guided scholar, one who possessed noble manners and praiseworthy characteristics. And that he was upon the manhaj of the pious predecessors adhering to what was transmitted from Allaah and His Messenger (sal-Allaahu ‘alayhi wa sallam).”

And Shaykh ‘Abdul-Muhsin mentioned that since he first met Shaykh ‘Umar way back in 1381 A.H. (1961 C.E.) love had entered into his heart for Shaykh ‘Umar.

His death
The Shaykh had great desire to die in Madeenah, and Allaah permitted his wish to be met as he died in Madeenah on Wednesday 29 Muharram 1419 A.H. (17 March 1999 C.E.) after having received medical treatment and returning from Riyadh just a day before his death. The Shaykh was 74 years of age. His funeral prayer was performed after Salaatul-‘Asr and he was then buried in the graveyard of Baqee’, near al-Masjid an-Nabawee. Many attended his funeral from amongst the scholars and the judges and lecturers and teachers from the universities along with many students, and pilgrims and those who simply loved him.

May Allaah (Subhaanahu wa Ta’aala) have Mercy upon his soul, aameen.

The Shaykh bequeathed his entire library to Daar al-Hadeeth, and his bequest was carried out after his death.