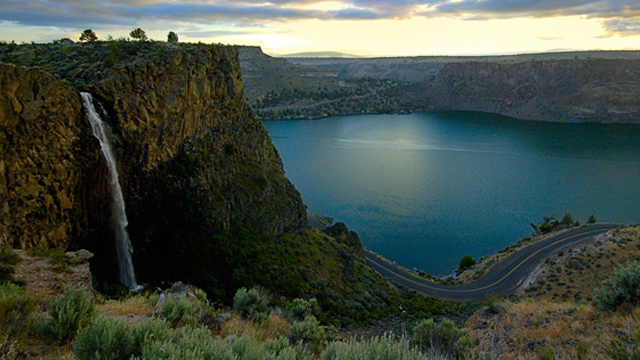 He was Abu ‘Abdul-Lateef Hammaad ibn Muhammad ibn Muhammad ibn Hinnah ibn Mukhtaar ibn Muhammad al-Basheer, from the lineage of Qays ibn Sa’d ibn ‘Ubaadah al-Khazrajee al-Ansaaree, who was born in 1343 A.H. (1924 C.E.) in a town called Taad Makkah in Mali, West Africa. The name Taad Makkah means “this is Makkah” since it is surrounded by 4 mountains as Makkah itself is. His family was well known in Timbuktu which was the capital of the eastern region of Mali. His lineage ends at Banee Naseer al-Ansaariyyeen who were the last to rule Gharnaatah (Granada, Andalus (Spain)). His family were known for their knowledge, giving fataawa and ajudication before and after the French colonised Mali.

His upbringing and seeking knowledge and his Shuyookh
The Shaykh was brought up in a house of excellence and knowledge, since his Shaykhs were:

1) His paternal uncle, Shaykh al-Muqri. Muhammad ibn Ahmad ibn Taqqee al-Ansaaree, who was nicknamed “Teacher of Children” for the time he spent devoted to them and teaching them to recite the Qur.aan. So Shaykh Hammaad began by memorising the Qur.aan when he was ten years old, until he completed memorising it and reciitng it with tajweed as the age of 15 years. He also studied nahoo and sarf under the tutelage o fhis uncle;

3) His maternal uncle, Muhammad ibn Ahmad ibn Muhammad, who was nicknamed “al-Bahr” (the sea) for the immense knowledge which he had. Shaykh Hammaad studied usool al-fiqh and tafseer under his tutelage, as he also studied Imaam Maalik’s ((al-Muwattaa.)) and the Saheeh of both Imaam al-Bukhaaree and Imaam Muslim, as well as the Sunan of Abu Daawood, amongst other works such as ((Mukhtasir Khaleel)) and books of the Maalikee fiqh;

Thereafter Shaykh Hammaad continued studying the major books and also began teaching in the town of Manaaqah, until he made hijrah after the French colonisation of Mali.

So when Shaykh Hammaad reached Makkah, he joined the study circles of the ‘ulamaa., amongst whom were:

4) Shaykh Muhammad Ameen al-Hanafee, who used to teach the Saheeh of Imaam al-Bukhaaree;

…and other than them from the ‘ulamaa. of al-Masjid al-Haraam in Makkah.

His journey to Madeenah
Shaykh Hammaad travelled to Madeenah, where he studied in the Daar al-‘Uloom ash-Shar’iyyah in 1371 A.H. (1952 C.E.) in the faculty specialising in hadeeth. Whilst in Madeenah he studied under many of it’s shuyookh, amongst them:

1) Shaykh Muhammad ‘Abdullaah ibn Mahmood al-Madanee, who was the imaam of al-Masjid an-Nabawee. Shaykh Hammaad benefitted tremendously from Shaykh al-Madanee that he wrote a book about him;

3) Shaykh Muhammad al-Haafidth ibn Moosaa Hameed under whose tutelage he studied ((Sunan an-Nasaa.ee)), and thereupon he was granted an ijaazah (permission to teach it);

His return to Makkah
After Shaykh Hammaad graduated from Daar al-‘Uloom ash-Shar’iyyah in 1371 A.H. (1952 C.E.) he returned to Makkah where he worked as a teacher in accordance with what his paternal uncle’s son – Shaykh Ismaa’eel al-Ansaaree – had written to him, since he too was working as a tecaher there in Makkah.

Later, Shaykh ‘Abdul-Lateef suggested to Shaykh Hammaad that he go to Riyadh, whereupon he ordered his secretary to call ‘Abdul-‘Azeez al-Lajaawee who was responsible for the teaching staff of all the universities.

His travels
Shaykh Hammaad had a strong desire to travel to a number of countries, which he did, such that he was known to say: ((I endeavour to travel the world over, even to China, however, my age has not permitted me to do so)). From the countries to which he travelled were: Egypt, Syria, Morocco, India and other than them from the European, African and Asian countries. The Shaykh has recorded his travels in his book ((ar-Rihlaat al-Ansaariyyah)).

His teachings
In addition to his teaching committments at the Islaamic University, Shaykh Hammaad was very conscientious in teaching the books of the Sunnah and tawheed. Amongst the books he taught were:

His participation in gatherings of knowledge
Shaykh Hammaad was a member of the committee of the Centre for Research into the Sunnah and Seearah of the Prophet in Madeenah. He was also a member of the supervisory committee for administration affairs of al-Masjid an-Nabawee, which met twice a week.

His library
Shaykh Hammaad started his library in 1367 A.H. (1948 C.E.), and in the beginning it contained books covering all aspects of knowledge. Later in 1373 A.H. (1954 C.E.) he gifted his library to his paternal uncle, and thereafter began to build up his library from new, only this time concentrating on the area of hadeeth.

His library grew daily, containing books on hadeeth, ‘ilm ar-rijaal (science of the narrators of hadeeth), mustalah (science of hadeeth terminology) and all other aspects of hadeeth and ‘aqeedah, in addition to research papers from the Islaamic University and other universities within Saudi Arabia. Indeed, in building up his vast collection of books, the Shaykh spared no expense in collecting those books which interested him.

The Shaykh kindly kept his library open in the morning and early evening for students of knowledge and researchers alike, such that after his death, his children agreed to take on the responsibility of running his library and keeping it open to students of knowledge and researchers, just as their father had done when he was alive. May Allaah reward Shaykh Hammaad for the benefit being sought from his vast library, and his children for maintaining it, aameen.

Shaykh Hammaad was devoted to collecting books, in particular books on hadeeth and ‘aqeedah. So whenever a new book was printed he was amongst the frist to get hold of a copy, whether it be in Madeenah or outside Madeenah. And if he heard a new book has been published he will call the publisher or distributor of that particular book and ask them to send him a copy for his ever-growing library.

His knowledge of books was so vast, it was as if he was a walking point of reference. So whenever students used to visit him, many a time they would begin by asking him about any new publications or whether he had bought any new manuscripts.

His publications
Shaykh Hammaad had authored a number of books, some of which were printed and others which remain transcripts.

His poetry
Shaykh Hammaad was well known for his mastery of writing poetry.

The Shuyookh’s praise of him
Many of the Shuyookh bore witness to his vast knowledge, amongst them were:

6) Shaykh Muhammad ash-Shaathilee an-Nayfar who was amongst the major scholars of Tunisia;

7) Shaykh Muhammad Abu Khubzah who was from amongst the scholars of Morocco;

8) Shaykh Muhammad ‘Ataa.ullaah Haneef who was amongst the major scholars of Pakistan;

…and other than them from the scholars of the Islaamic world.

His students
Shaykh Hammaad had many students, amongst those to whom he granted an ijaazah were:

…and other than them from his students.

His house
Shaykh Hammaad used to live in Haarah al-Masaani’, in Madeenah, and at that time his house was overflowing with students of knowledge and researchers. Later, he had a larger house built in Haarah ash-Sharqiyyah. Some time later, his library outgrew this house, and Prince Sultan ibn ‘Abdul-‘Azeez gifted him a much bigger house in Hayy al-Faysaliyyah next to the Islaamic University. The Shaykh remained in this house, as in the previous houses, upon the same pattern of opening the doors of his library to those who wished to seek benefit from his vast collection of books.

His illness and death
Shaykh Hammaad became ill on the night of 23 Ramadhaan in 1417 A.H. (1998 C.E.) whilst performing his night prayers in al-Masjid an-Nabawee. His illness became severe and he died on the morning of Wednesday 21 Jumaada Awwal 1418 A.H. after spending nearly eight months in hospital.

His funeral prayer was performed after Salaatul-‘Asr in al-Masjid an-Nabawee, and he was then buried in the graveyard of Baqee’. Indeed the masses who turned out for his funeral was a sight; It caused one to remember the saying of Imaam Ahmad who said: ((Say to the people of innovation (ahlul-bid’ah): Between you and us are the funerals)), implying the great numbers who attend the funerals of Ahlus-Sunnah and the few who attend the funerals of Ahlul-Bid’ah.

Many attended his funeral from amongst the scholars and the judges and lecturers and teachers from the universities along with many students.

His children
Shaykh Hammaad died leaving one wife and eleven children; Amongst them eight sons, including ‘Abdul-Baaree and ‘Abdul-Awwal who both graduated from the Faculty of Hadeeth (Islaamic University of Madeenah). ‘Abdul-Baaree also attained a Masters and now teaches in the Faculty of Hadeeth. As for ‘Abdul-Awwal, he works as a researcher in the Centre for Research into the Sunnah and Seearah of the Prophet in Madeenah. Shaykh Hammaad also left behind 3 daughters.

May Allaah (Subhaanahu wa Ta’aala) have Mercy upon his soul, aameen.

The Methodology of the Prophets in Calling to Allaah