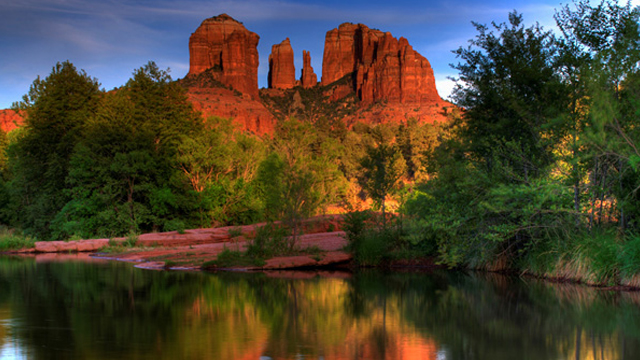 His name and Lineage
The Shaykh’s full name was Abu ‘Abdillaah, Hamood bin ‘Abdillaah bin Hamood bin ‘Abdir-Rahmaan at-Tuwayjiree, from the tribe of Bakr bin Waa’il Batn from Rabee’ah in Saudi Arabia. He was born in the city of al-Majma’ah on Friday, the 15th of Dhul-Hijjah 1334H (October 15, 1916) and his father died in the year 1342H (1924) when he was eight years old.

His Educational Studies
As a boy, Hamood at-Tuwayjiree began reading at the hand of Shaykh Ahmad As-Saani’ in the year 1342H, just days before the death of his father. He learned, at the Shaykh’s hand, the fundamentals of reading and writing and he memorised the Qur’aan at the age of eleven. He also learned from the book “Al-Usool ath-Thalaathah” by Shaykh Muhammad bin ‘Abdil-Wahhaab (rahima-hullaah). He began learning the book “Al-Fiqh al-Akbar” with Shaykh ‘Abdullaah bin ‘Abdil-‘Azeez Al-‘Anawee, the judge of Al-Majma’ah and had mastered it by the age of 13. He learned many sciences and arts by his thirties: Tafseer, Hadeeth, Tawheed, Fiqh, (Arabic) Language, History, Literature and others. He had committed to memory a number of Islamic texts. He earned an ijaazah in narrating the Saheeh books, the Sunan and the Masaaneed as well as relating the books of Shaykh-ul-Islaam Ibn Taimiyyah and his student, Ibn Al-Qayyim, and in teaching the Hanbalee madh-hab as well as all of the books of authentic narrations (marwiyaat li-kutub al-athbaat). Additionally, he studied at the hand of the jurist, Al-‘Allaamah Muhammad bin ‘Abdil-Muhsin Al-Khayyaal, the judge of Madeenah, in grammar and Al-Faraa’id. He also studied under his eminence, Shaykh ‘Abdullaah bin Muhammad bin Humayd (rahima-hullaah), a judge of Al-Majma’ah, in language and Al-Faraa’id.

His Positions and Efforts in Da’wah
The Shaykh became a judge in Raheemah and Ra’s At-Tanoorah in the eastern province of Saudi Arabia in the year 1368H (1949) for six months. He then took over a judgeship in Az-Zulfi in 1369H (1950) until the end of 1372H (1953) until he took an excuse from judging. He was asked to work for many academic associations and was asked to teach in Al-Ma’ahad Al-‘Ilmiyyah Ibbaan then in the college of Sharee’ah, then in the Islamic University in Madeenah, then to work for Daar-ul-Iftaa, but he refused all of that in order to be free to study, do research, and write.

His Written works
He opposed every one of he atheistic modernists and rebutted them with his pen in defense of the Sunnah and sound ‘Aqeedah of Ahlus-Sunnah wal-Jamaa’ah. And his refutations were published in booklets, articles and in national and international journals. The Shaykh has over fifty writings, forty of which have been published such as:

1) “Encirclement of the Jamaa’ah by what will come from Trials, Slaughter and Signs of the Hour”
2) “The Conclusive Refutation against the Sinful Criminal” (Rebuttal of those who attack Saheeh Al-Bukhaaree)
3) “Severe and Sharp Finish to those who would oppose the Book, the Sunnah, the Consensus and the Traditions” {Rebuttal of those who have permitted interest in the banks)
4) “Affirmation of Allaah being High Above His Creation”
5) “A Heated Word on Ordering the Good and Forbidding the Evil”
6) “The Belief of the People of Faith regarding the Creation of Adam upon the Image of Ar-Rahmaan”
7) “Clarification and Explanation of those matters which many fall into regarding the confusions of the Mushrikeen”
8) And the work presently in hand

The Shaykh also provided commentary to many books.

His Students
His students were few because of his involvement in the work previously described. However, some of them were ‘Abdullaah Ar-Roomee, ‘Abdullaah Muhammad Hamood and Naasir At-Tareeree. The Shaykh’s sons: ‘Abdullaah, Muhammad, ‘Abdul-‘Azeez, ‘Abdul-Kareem, Saalih and Ibraaheem learned from him, continued many of his works and are versed in all of his works.

His Character and Manners
The Shaykh was known for his high and noble character. He spoke softly and with wisdom and he was not overly talkative, but rather full of ideas and serious thought. He was also gentle, mild-tempered and one who would sit with his children and the members of his household. He was easy with them without making distinctions between them and always applied fairness between male and female. His fairness was such that upon his death none of his children could say which from among them was more beloved. His kindness and compassion to the young and the womenfolk was evident in his speech and behavior.

He loved to offer advice through practical example in speech and deed. He never withheld advice or shunned consultation even with the youngest of his children and many times he changed what he was writing, or left a matter that he was attending to, or took up what he had left off, based upon such consultation or advice. He always upheld Allaah’s limits whenever he found proof from the Book of Allaah and the Sunnah of the Prophet (sal-Allaahu `alayhi wa sallam) and never put before them the word of a friend or the opinion of a scholar. He was as was said of Imaam Ash-Shaafi’ee – that when he was convinced of a proof from the Sunnah of Muhammad (sal-Allaahu `alayhi wa sallam) he would never leave it for what may have been said by people. He always turned to the truth and stopped at that. He would talk every step to rectify what he saw that may have been in error when shown what was correct. The eminent Muhaddith, Shaykh Muhammad Naasir-ud-Deen Al-Albaanee mentioned his love for the Shaykh, his admiration for him, and praise for him.

Shaykh at-Tuwayjiree was intense in his anger for the sake of Allaah upon learning of anyone openly disobeying Allaah and His Prophet (sal-Allaahu `alayhi wa sallam) or opposing the Sunnah or spreading innovation. He was very strong for the truth and no amount of disparagement from the people of innovation and vain desires could deter him, and he would fight them with his tongue and his pen. The Shaykh was extremely self-reliant and would not ask for help even from those closest to him.

His Worship
The Shaykh was always in worship of Allaah, spending his days in study and research until the sunset and until the night and he would sometimes stay up after ‘Ishaa. completing what he had started during the day. This is how he spent his final days. He would take a light nap after Dhuhr prayer. He would spend the final third of the night in Tahajjud whether traveling or at home and did not leave this practice even during his illness until – he was unable to stand and he never left the Witr until his dying day, may Allaah have mercy upon his soul!

The Shaykh took to heart the advice of the Prophet (sal-Allaahu `alayhi wa sallam) to his Companions (radhi-yallaahu ‘anhum) and never neglected fasting three days of each month until the time he was unable to do so due to illness near the end of his life. He fasted regularly during the first ten days in Dhul-Hijjah, six days in Shawwaal or ‘Aashooraa and other times. He was also regular in doing Hajj and ‘Umrah and would go on ‘Umrah every year especially in Ramadhaan. He would take half of the year in Makkah with his sons. He would constantly recite the Qur.aan in any condition – even when working he would be reciting; And he would also complete the Qur.aan every seven days except in Ramadhaan when he would do so every three days. He would recite nearly four 30ths (ajzaa) in his nightly standing in prayer.

His Illness and Death
His final illness began during the last three years (of his life), however he concealed this up until the last year when it became intensified. He was hospitalised three times and the last time just two days before his death. In his final illness he was patient and content with that which Allaah had decreed for him until he passed away in the final hour of Tuesday, 5th of Rajab 1413 (December 30, 1992). May Allaah grant him the widest mercy and give him the best abode in Paradise and put him in the company of the Prophets, the Siddiqeen, the Martyrs, and the Righteous. Aameen.

The prayer for him was made after Salaat az-Zhuhr on Wednesday, 6a.m. of Rajab, 1413 (December 31, 1992) in Masjid Ar-Raajihee in Riyaadh and he was buried in An-Naseem graveyard. His funeral was attended by masses who filled the masjid and every street and path leading to it along with many callers, scholars, and notables with Shaykh ‘Abdul-‘Azeez bin ‘Abdillaah bin Baaz leading the prayer. Shaykh at-Tuwayjiree was eighty-seven years, six months and twenty days old at the time of his death. From Allaah we come and to Him do we return.