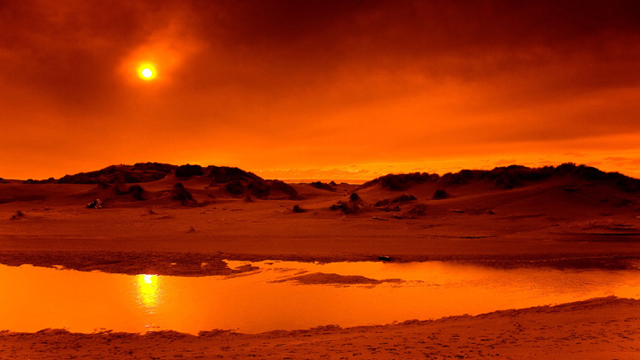 The Shaykh was raised in a village by the name of Tughaa Taab in Habashah where he studied the Noble Qur.aan. After he completed this, he began studying the books of Fiqh of the Shaafi’ee madhhab. He also studied Arabic in the village with Shaykh Muhammed Ameen al-Huraree. He then left the village for another, where he met with another student, Shaykh ‘Abdul-Kareem, with whom he later made hijrah to Saudi Arabia. They both then proceeded to Shaykh Moosa and studied under him ((Nuthum az-Zuhd)) of Ibn Raslaan. They then studied ((Matan al-Minhaaj)) under Shaykh Abaadir, inclusive of many other fields of knowledge.

He then had a desire to travel to the Holy Land of Makkah to seek knowledge and perform hajj. So the two of them left al-Habashah (Ethiopia/Eritrea) and travelled to Somalia from where they boarded a ship heading for Aden, Yemen. There they faced much danger and difficulties both on land and at sea. So they travelled by foot and fasted the month of Ramadhaan in this state until they reached Saudi Arabia.

They passed Saamitah and Subyaa and Abee ‘Areesh until they were granted permission to enter Makkah and all this whikst travelling on foot.

Whilst in Makkah, he came to know his excellency Shaykh ‘Abdul-‘Azeez ibn Baaz, whereupon he accompanied him on his journey to Riyadh when the Educational Institute was opened. This was in the early 1970’s C.E. / 1370 A.H.

Amongst those who befriended him through his secondary education at the Educational Institute was the noble Shaykh ‘Abdul-Muhsin ibn al-‘Abbaad al-Badar and the noble Shaykh ‘Alee ibn Mahnaa who later became a judge at the major Sharee’ah court at Madeenah.

The Shaykh also attended the many circles of knowledge in Riyadh.

Having graduated from his secondary studies at the Educational Institute, he proceeded to the faculty of Sharee’ah from where he graduated in 1380 A.H. He then obtained a Masters in Sharee’ah from the University of Punjab in 1974 C.E and a doctorate from Daar al-‘Uloom in Cairo.

The Shaykh had attained a high regard amongst the people of knowledge whereby he was well-spoken of and very trustworthy, such that Shaykh Ibn Baaz interceded on his behalf to Shaykh Muhammed Ibraaheem to appoint him as a teacher at the Educational Institute in Saamitah in the region of Jaazaan.

Additionally, from that which bares evidence to his thorough knowledge and ‘aqeedah and respect amongst the people of knowledge is that when the Islaamic University of Madeenah was established he transferred there to teach after Shaykh Ibn Baaz selected him.

Upon the death of the Shaykh, Shaykh Ibn Baaz wrote of him:

He was known to me for his sound knowledge and correct ‘aqeedah and his activeness in the field of da’wah to Allaah (Subhaanahu wa Ta’aala) and warning against the innovations and deviation. May Allaah forgive him and grant him an abode in Paradise and make noble his offspring and join us all in His Noble House (Paradise). Indeed, He is the All-Hearing and Near (with His Knowledge). (9/1/1418 A.H.)

And Shaykh ‘Abdul-Muhsin al-Abbaad al-Badar, a teacher at the Prophet’s Masjid, said:

I came to know Shaykh Muhammed Amaan Ibn ‘Alee al-Jaamee as a student at the Educational Institute in Riyadh and then at the faculty of Sharee’ah in Riyadh and then as a teacher at the Islaamic University of Madeenah in the Faculty of Secondary Education and then in the faculty of Sharee’ah. I knew him to have correct ‘aqeedah and sound foresight and he strove in inviting to the ‘aqeedah of the Pious Predecessors and warning against innovation and this was via his lessons and circles (of knowledge) and his books against innovation. May Allaah forgive him and have mercy upon him and reward him well.

Shaykh Muhammed Amaan as I knew him: Indeed the teachers who possess certificates of higher education are many, however, there are very few amongst them from whom benefit (knowledge) can be sought. Shaykh Muhammed Amaan al-Jaamee, he is from amongst those few scholars who have striven hard with their knowledge for the benefit of the Muslims and their guidance in da’wah (calling) to Allaah upon (correct) knowledge by way of his teaching in al-Jaami’ah al-Islaamiyyah and al-Masjid an-Nabawee and by way of his travels inside and outside the Kingdom, giving lessons and lectures, calling to tawheed and propagating the sound ‘aqeedah, guiding the youth of the Ummah to the manhaj of the Pious Predecessors and warning against innovations and misguidance.

And whoever does not personally know him, then will come to know him by way of his beneficial books and many (audio) cassettes which incorporate an abundance of knowledge and immense benefit.

He was consistent in his good actions until he died. And he has left knowledge with which benefit is sought, from his students and books. May Allaah have mercy upon him and forgive him and reward him for that which he knew and acted upon with much good. And may Allaah send prayers and salutations upon our Prophet Muhammed and his family and his companions.

From amongst his many students are:

The Shaykh was known to mix very little with the people, except in that which was good. So most of his time and days was allocated for and his way in this was well known. If he left the house to go to work to the University, he would return straight back and then later proceed to al-Masjid an-Nabawee to teach after ‘Asr, and then after Maghrib and then after ‘Ishaa. and then after Fajr. And like this he would continue until he was bed-ridden due to the severity of his illness.

The Shaykh was also very careful with his tongue and never backbit nor slandered nor talked evil about anyone. Rather, he did not permit anyone in his company to speak ill of another and further, did not permit the spreading of false speech and people’s defects to him.

If any of his students fell into error, he would request the audio cassette or book (within which the error had been recorded) and would either listen or read. If it became apparent that an error had been made, he would approach the one who had erred in the most befitting manner and advise him.

There were amongst the people few who would curse him and speak ill of him, and he would simply forgive them and say:

I hope Allaah does not enter anyone into the Fire (of Hell) because of me.

The Shaykh was also one who was concerned about his students, not just during the lessons, rather he used to attend their gatherings and used to ask about the state of their affairs and used to assist them in either terms of advice or finance.

During the final stages of his life, the Shaykh became gravely ill and was confined to his bed for approximately one year, patient at what had befallen him.

On the morning of Wednesday 26 Sha’baan 1416 A.H, the Shaykh passed away. The funeral prayer was performed over him after Salaat az-Zhuhr on the same day and he was buried in the graveyard of al-Baqee’ al-Gharqad in Madeenah. Many attended his funeral, amongst them the scholars, the judges from the Sharee’ah courts, the students of knowledge and other than them.