A large crowd of scholars, students of knowledge and general folk gathered for the ‘Asr prayer at Jaami’ al-Malik Khaalid in the district of Umm al-Hammaam in Riyadh for the funeral prayer over the body of Shaykh ‘Abdullaah ibn ‘Abdur-Rahmaan al-Ghudayyaan.

Shaykh ‘Abdul-‘Azeez Aal ash-Shaykh – the Grand Mufti of Saudi Arabia – led both the ‘Asr and the funeral prayers. The masjid was packed with the congregation; The public areas and the streets by Jaami’ al-Malik Khaalid were also crowded with people who had come for the funeral prayer.

Thereafter, the crowd descended upon the graveyard where they buried the Shaykh – rahima-hullaah.

Please note: The publication of these photographs should not be a source of any innovative practice, rather should serve as a reminder to us all of our final abode upon death, in shaa.-Allaah! 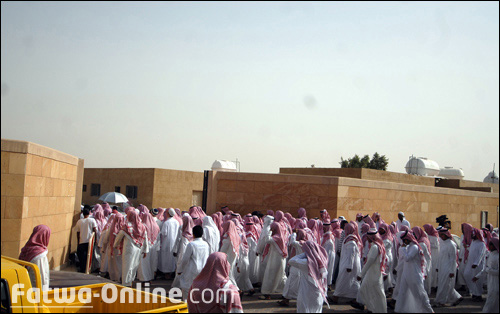 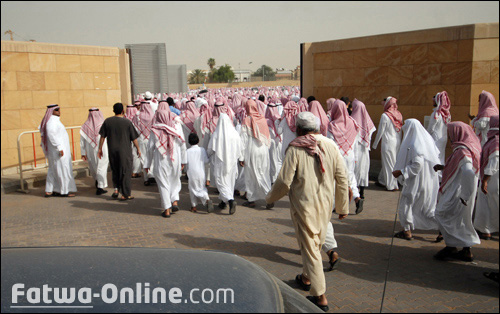 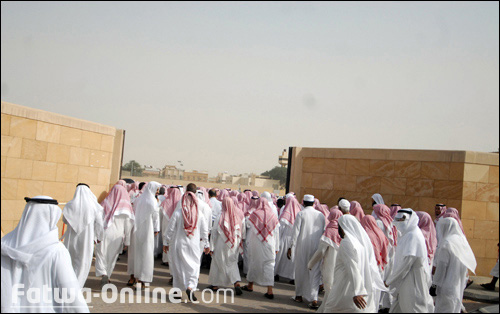 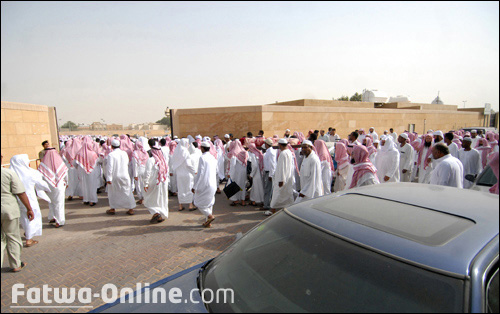 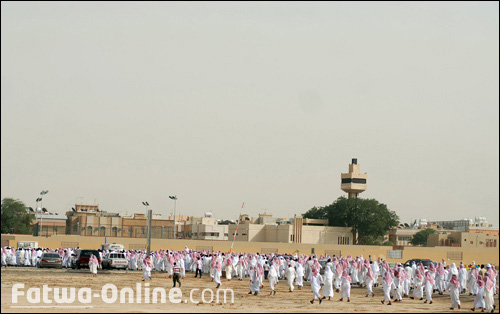 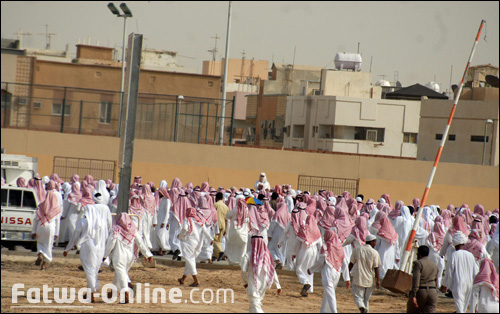 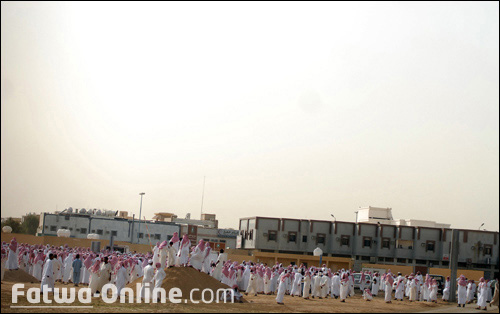 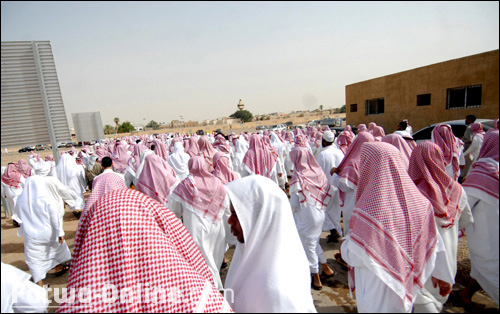 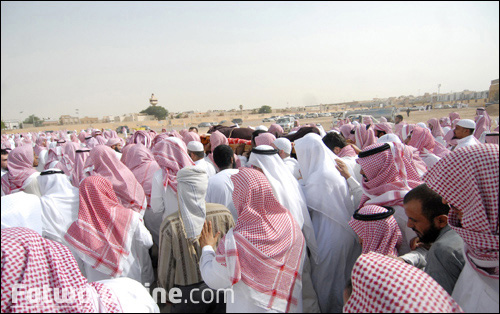