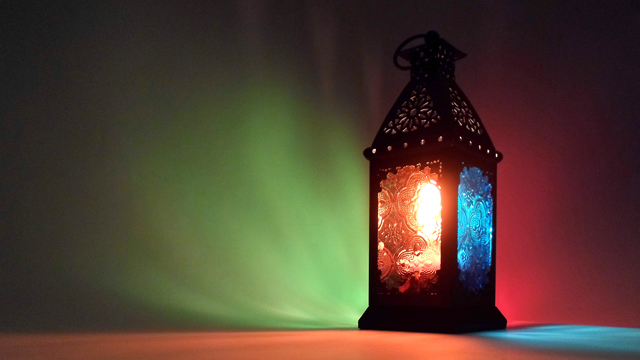 «A good dream of a righteous man [that comes true] is one of forty-six parts of prophethood.» Transmitted by al-Bukhaaree – v.9, p.30

Abu Hurayrah narrated: I heard the Messenger of Allaah saying:

«Nothing is left of the prophethood except al-Mubashshiraat.»

They asked, “What are al-Mubashshiraat?” He replied:

My father once narrated [a story to me] about an old man who had a dream. In this dream, he met Shaykhul-Islaam Ibn Taymiyyah in one of the markets of ‘Unayzah; It was one of the markets which leads to the assembly (a gathering place) – a well known place in ‘Unayzah.

During this meeting, Shaykhul-Islaam Ibn Taymiyyah handed a lamp to this old man.

When the old man [later] enquired about the [meaning of his] dream, he was told that he will have a child who would [grow up to] be pious (saalih – صالح) and he would have [an elevated] stature in [Islaamic] knowledge.

So, a child was born to this old man, and he was set upon naming him Saalih, in the hope that his dream would be true and specific to this child.

So, Saalih was religious and devout, and loved the people, [just] as they loved him [too]. He would recite the Qur.aan and stand the night in prayer, however, he was not a student of knowledge.

Saalih then got married and had a son, whom he named Muhammad; He was Muhammad ibn Saalih al-‘Uthaymeen.

And in reality – and we consider him as such – he was the lamp which Shaykhul-Islaam Ibn Taymiyyah had given the old man [in the dream].

And [as for] this old man, [well, he] was the grandfather of Shaykh Ibn ‘Uthaymeen – may Allaah have mercy upon him.