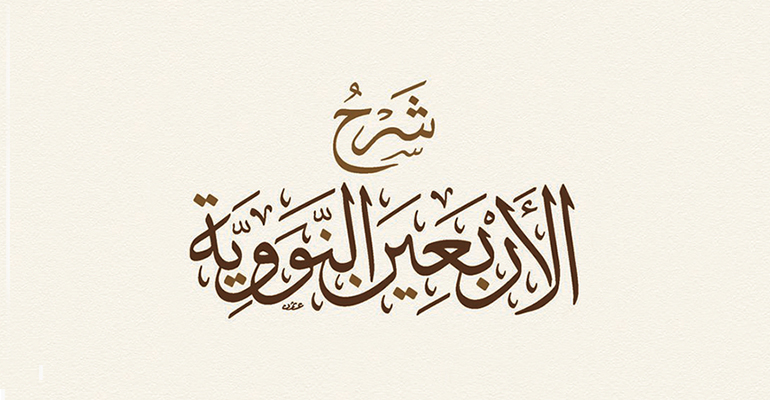 Shaykh ‘Abdur-Razzaaq al-‘Abbaad – may Allaah protect and preserve him – mentioned on tape one of his explanation of al-Imaam an-Nawawee’s Forty Hadeeth:

And here, I recall something novel which occurred…and that was about twenty years ago; [I held lessons where] I explained the Forty [Hadeeth of al-Imaam an-Nawawee] in one of the masaajid.

And it was…and…and I made it incumbent upon the gathering in the masjid that they memorise the Forty [Hadeeth of al-Imaam an-Nawawee].

So a man came and joined the lesson after I had explained seven ahaadeeth, and he said: “I want to take part with you.”

I said: “On the condition that you memorise the seven previous hadeeth.”

So he memorised them with precision and joined us in the lesson. And we continued every day with a hadeeth; I would let them hear [the hadeeth] and then I would explain [it]. [We continued in this manner] until [such time] we approached the end. [I point out here that] this man was a labourer…this man was a labourer who was living with other unmarried labourers.

And…[so] when we approached the end [of the book]…and [as] I left the masjid, he caught up with me and said to me: “I would like to say something to you.”

However, that which you have attained are the basic principles in knowledge, and the comprehensive speech of the Messenger upon whom be prayers and salutations.”

So the point being that these Forty [Hadeeth of al-Imaam an-Nawawee] are indeed very great, and it is befitting upon every Muslim that he [likewise] offers them great care and attention; [how?]:

Firstly: That he memorsies them;

Secondly: That he encourages his sons and daughters and his wife at home to memorise them.