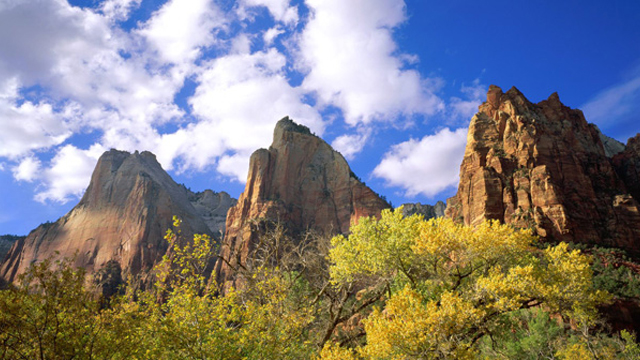 I was born just after Salaat al-‘Ishaa. on a Saturday night corresponding to the 3rd of Ramadhaan 1353 A.H. in the city of Az-Zulfee which is 300 kilometres north of Riyadh.

I learnt to read and write from the noble teachers ‘Abdullaah ibn Ahmad al-Munee’ and then Zayd ibn Muhammed al-Munee’fee and then ‘Abdullaah ibn ‘Abdur-Rahmaan al-Ghayth under whom I completed the Qur.aan and then Faalih ar-Roomee.

When al-Jaami’ah al-Islaamiyyah (Islaamic University) in Madeenah was established, Allaah blessed me by being amongst those who were selected to teach there by the noble Shaykh, Muhammed ibn Ibraaheem Aal ash-Shaykh. The first faculty which was established was the faculty of Sharee’ah which began classes on Sunday 2nd Jumaada ath-Thaaniyah 1381 A.H. – and from the favours of Allaah upon me was that I was the first to teach a lesson on that day. From that day until now I have taught at the University and there is no-one at the University who has taught there longer since it was established other than me.

On 30th Rajab 1393 A.H I was appointed a deputy to the president of al-Jaami’ah al-Islaamiyyah after being selected by King Faysal for this post. I was one of three who was proposed by the noble Shaykh ‘Abdul-Azeez ibn ‘Abdullaah ibn Baaz who was then the president of the University.

I remained at this post until 26th Shawwaal 1399 A.H whereby I asked him to excuse me after I felt an urge within myself during the first two years of these six years when I was second-in-charge; and when the noble Shaykh ‘Abdul-Azeez ibn ‘Abdullaah ibn Baaz transferred to the presidency of the Department of Knowledge-based Research and Legal Rulings, I became first in command. And during those six years, I was only able to teach 2 lessons a week to the fourth year students at the faculty of Sharee’ah. During this time, I felt an enormous responsibility and a heavy burden (due to my position as president of the University) that I exerted myself – such that I hope it counts much with Allaah – and in those six years I was able to oversee the implementation of a new policy at the University whereby it changed from being a government entity to an institution and then the establishment of the Department of Higher Studies for both Masters and Doctorate programmes and the establishment of the faculty of the Noble Qur.aan and Islaamic Studies, the faculty of Hadeeth and Islaamic Studies and the faculty of Arabic Language.

My first trip outside the city of az-Zulfee was to Makkah to perform Hajj in 1370 A.H. and thereafter to Riyadh to seek knowledge at the Ma’had al-‘Ilmee.

I still possess my notebooks of the different years of my elementary studies starting from the second year and they are the most beloved and precious of all that I possess.

The first book I ever had in my personal library was a copy of ((Buloogh al-Maraam)) of al-Haafiz Ibn Hajar al-‘Asqalaanee. I acquired it before I began my elementary studies, whereupon I have written in my own handwriting the date of 6th of Muharram 1368 A.H.

And from the most beloved of all things to me is my immense love for the companions of the Messenger of Allaah ﷺ and radhi-yallaahu ‘anhum, and my hatred for those who hate them. Allaah has blessed me with sons and daughters, and I have named four of my sons the names of the rightly-guided Khulafaa. after having named one of them after the Prophet Muhammad ﷺ. And I named some of my daughters the names of the Mothers of the Believers, after having named one of them Faatimah, the leader of the believing women.

And this is some of what I recall about myself, which I have penned just as a reminder of the blessings of Allaah, and how short I fall and what little I have done (in this life) for the Hereafter. I ask Allaah to grant me success in being truthful in speech, and sincere in my actions and to attain beneficial knowledge and actions in accordance to it, indeed He is the All-Hearing and Responding.

Translator’s Note: I, Abu ‘Abdullaah, had been searching for the biography of the noble Shaykh ‘Abdul-Muhsin al-‘Abbaad for some time now. Finally, I approached the Shaykh himself to see if he could direct me to any source. He simply refused, saying “…there is no need, there is no need”. I persisted, saying that this is only to inform the English-speaking Muslims of the scholars of our time, whereupon he still insisted: “…there is no need”. I then decided to approach his son, Shaykh ‘Abdur-Razzaaq al-‘Abbaad who directed me to the only published source where the Shaykh’s biography is written, namely the book: ((ar-Radd ‘alaa man Kaththaba bil-Ahaadeeth as-Saheehah al-Waaridah fil-Mahdee)). Since this book is now out of print, I had been searching for it for a while when I received a copy on Sunday 3 November 2002, and in my excitement to publish the noble Shaykh’s biography, I set about translating it immediately.

Finally, the Shaykh penned his biography above back in the year 1402 A.H., some 20 years ago, and still to this day he is driven to the University to teach tawheed to 3rd year students at the faculty of Sharee’ah – I bear witness to this since I am very fortunate to have him teach our class also. It must be noted, that the Shaykh has long passed compulsory retirement age, however, he still chooses to teach at the University without pay. May Allaah (Subhaanahu wa Ta’aala) bless our noble Shaykh ‘Abdul-Muhsin al-‘Abbaad and increase him in good health, aameen.