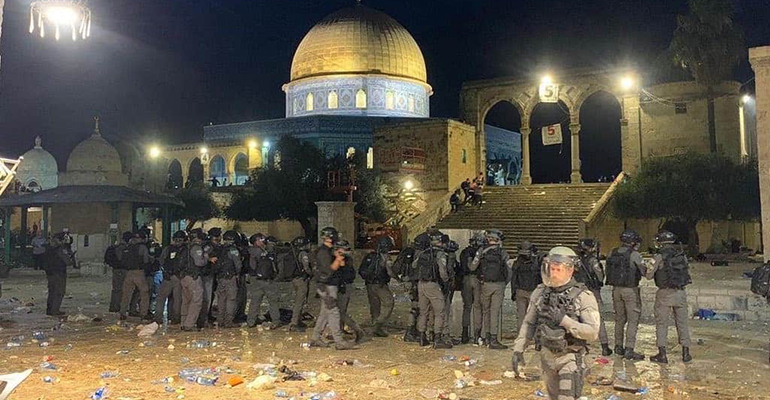 A Saudi committee comprising influential scholars that is responsible for issuing fatwas has called on Muslim leaders to support Palestinians in their fight to stop the atrocities of Israel in their lands, the Saudi Press Agency has reported.

“Muslim rulers should stand by their Palestinian brothers and help them in their efforts to prevent the Jews from carrying out their hostile acts and transgression against the Al-Aqsa Mosque and to end the occupation,” said the statement from the Permanent Committee for Scholarly Studies and Ifta. Grand Mufti Sheikh Abdul Aziz Al-Asheikh chairs the permanent committee.

The committee described Israel’s atrocities, including the eviction of people from their homes, the taking over of Palestinian farms to make way for Jewish settlements and attacks on worshipers at Al-Aqsa Mosque, as violations of the Palestinians’ basic rights.

“The committee is closely following the growing excesses and unjust acts with deep concern,” the statement said.

“Construction of walls of separation, intensification of the ongoing economic embargo, seizure of identity papers, as well as detention of innocent people, destruction of utilities, closure of charity establishments and harassment of people in countless ways are undoubtedly crimes.”

The committee called on Palestinians to end their differences and close ranks so that they are better equipped to counter Israeli aggression.