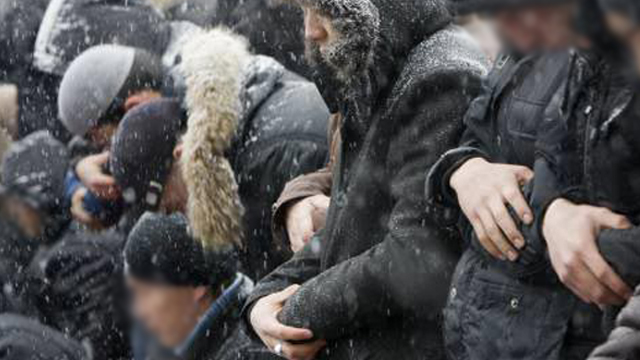 A member of the Da’wah and Guidance Centre in Jeddah narrates that during the Hajj of 1416 AH, he was in the company of the Shaykh at King ‘Abdul-’Azeez Airport in Jeddah, surrounded by the pilgrims who were arriving for Hajj.

Here, the Shaykh undertook that which was obligatory upon him by giving da’wah to the arriving pilgrims. A large group of Russian pilgrims arrived and the Shaykh wanted to offer some words [of guidance] to them. So he asked if there was a translator amongst them. Then, the [Russian] guide for the group came forward; not knowing this was Shaykh Ibn ‘Uthaymeen.

The members of the group then came [forward] and conveyed their greetings to the Shaykh, and kissed him [on his forehead].

The guide for the group then turned to the Shaykh and said:

“These are your students. They used to read your books in shelters under the ground during the Communist rule.”