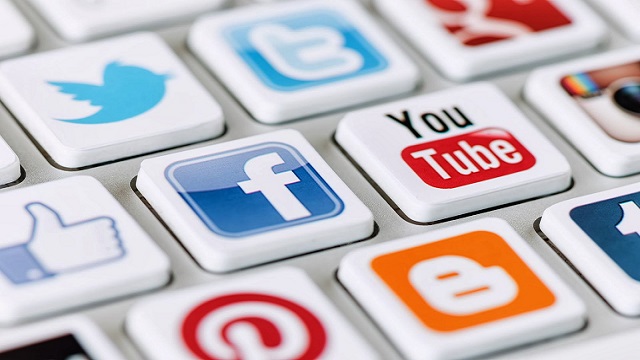 Imam and Khateeb at the Grand Mosque Sheikh Saleh Bin-Humaid called on the believers to employ the new media to promote virtue, humanitarian sentiments and values, love for others and encourage good and charitable deeds and cooperation in good deeds and piety.

“The new media has brought about various kinds of positive and negative social changes some of which are good, some bad, useful or harmful. It is a significant media platform that transcends geographical borders as people can come into contact from all corners of the world, cutting across distances of space and time. Its role is immense in the lives of individuals, families and nations and it has made giant strides in the world of communication,” Bin-Humaid said while addressing the congregation at the Grand Mosque in Makkah on Friday.

The new media has the potential to open the doors of virtue making the path to righteousness easy, enabling a man to be obedient to Allaah and engage in charitable deeds, he said.

It can also maintain the good relations between individuals, communities, relatives and friends and also between workers of the same profession and enable exchange of useful information and create a mutually loving and kind community doing virtuous deeds. It also can save time, efforts and money and communicate fast.

It is an effective means for teaching, learning and calling to Allaah and offering guidance, and engage in good deeds and piety. It is also a new means to prevent evil and hostility from near and distant places,” the imam said in his sermon.

The sheikh pointed out that officials can discover the faults in their official duties and administration, and look for better ways of performance.

On the other hand, the information networks, social media, chat rooms, blogs, personal accounts and Internet forums offer interactive relations between individuals or people at different places and positions without any time or moral restraint and so have the potential to waste one’s precious time resulting in self-destruction, psychological disorders, frustration, upsetting personal relations and negligence in discharging one’s responsibilities, the sheikh pointed out.

Bin-Humaid drew the attention of the believers to the perils that lurk in the new media such as spread of destructive ideologies, poor supervision and freedom from all checks and controls, no restriction in publishing permissive or pornographic contents that lead to moral degeneration, and waste of time and energy besides keeping people aloof from their families and communities, and become addicts to permissive sites.

He added that the new media also provides the platform to spread gossips, falsehoods and material for character assassination without revealing the identity of the villains. They can also be used for promoting hatred, sectarianism, enmity and disintegration of societies

In his seron at the Prophet’s Mosque in Madinah, Imam and Khateeb Sheikh Abdul Bari Al-Thobaiti called on the believers to struggle to win the love and satisfaction of the Almighty. He stressed the need for dedicated and sincere efforts to serve one’s parents and the society at large.