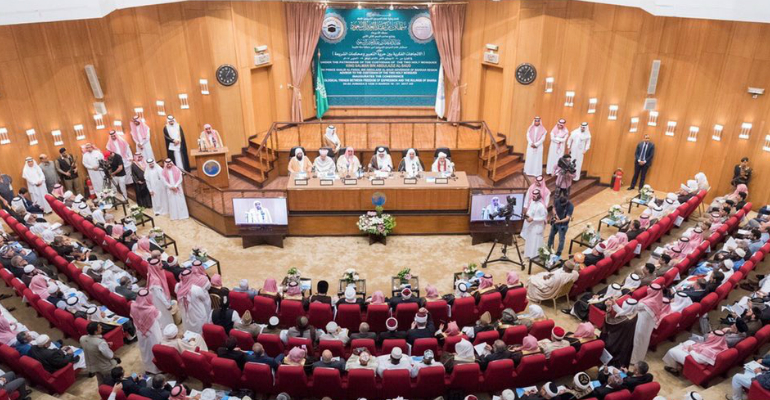 The Muslim World League’s International Organization for Muslim Scholars has issued a statement condemning what they say is Qatari media campaign of incitement against its religious scholars.

The statement issued early on Monday said it condemned several media outlets from Qatar for describing some of their Muslim scholars as “hypocrites to the faith”.

“The Secretariat of the MWL deplores the audacity of insults against the nation’s top scholars, asserting that the media apparatus is being used to serve extremism, which can result in toxic actions against Islam,” the statement published on their main Twitter read.

The Muslim World League is Pan-Islamic is an NGO based in Mecca, Saudi Arabia, and was founded in 1962.

Their statement also comes after the Muslim World League announced the termination of Qatari-Egyptian hardline cleric Yusuf Al-Qaradawi’s membership with the group after being designated on the terrorism list announced by Saudi Arabia, the UAE, Bahrain and Egypt last week.

The League also issued a statement in which it declared its full support for the statement issued by Saudi Arabia, Egypt, the United Arab Emirates and Bahrain on Friday with regard to the list of prohibited terrorists.