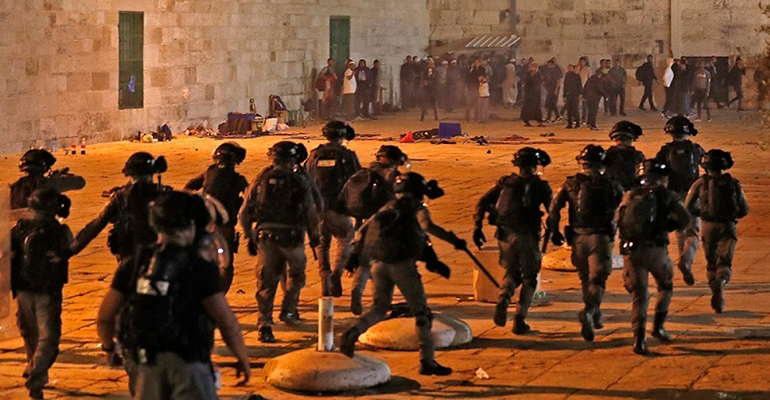 Question: What is the role of the scholars, and the callers [to Islaam], and those giving sermons towards what al-Masjid al-Aqsa is being subjected to in the attempts to desecrate, or perhaps demolish it?

So it is obligatory upon the Muslims to defend it with all that they have until it is liberated from the oppression of the disbelievers and the Jews.

It is the duty of the Muslims in general, [and] not of anyone in particular [rather] each according to his ability to clarify and explain [the situation] even if it is by contacting officials and those in authority and urging them to take action to liberate al-Masjid al-Aqsa.

So the Muslim must strive according to what he is able to condemn this great evil, and demand the liberation of al-Masjid al-Aqsa from the hands of the Jews.

[The Shaykh went on to say…]

And the deeds of these despicable [people] are not hidden from Him, but He Subhaanahu wa Ta’aala delays them until an indefinite time.