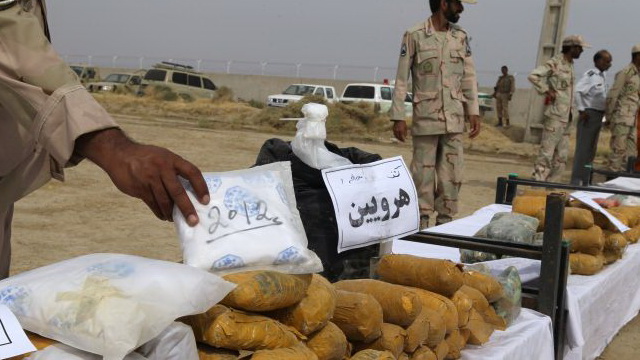 Question: There is no doubt that the Office of Drug Enforcement struggles to stop the means by which the poison of drugs enters this pure country. Despite continued attempts by drug traffickers, by the help of Allaah and the efforts of the drug-prevention officers, the attempts of the drug traffickers fail at every turn.

My question to you, O honoured Shaykh, is: If an officer is killed in a raid on a group of traffickers, is he a martyr? And what about those who help those officers to find the hideouts of traffickers, what is their reward?

Response: Without a doubt, fighting intoxicant and drug traffic is one of the greatest forms of jihaad in the way of Allaah. Individuals in the society helping in its prevention is one of the most important obligations because it is for the benefit of the society and because its spread and proliferation is deterimental, and if his intention was good, he died a martyr. And whosoever helps to stop these traffickers and informs the authorities about them then he will be rewarded for that as one who struggles in the way of the truth, and in the cause of benefit for the Muslims, and protecting their society from harm.

So we ask Allaah to guide those drug dealers and to protect them from the evil of their own selves as well as from the plots of Shaytaan. We also ask Allaah (Subhaanahu wa Ta’aala) to help the agencies that fight the spread of drugs and to make them victorious over the party of Shaytaan. And He is the Best to ask.