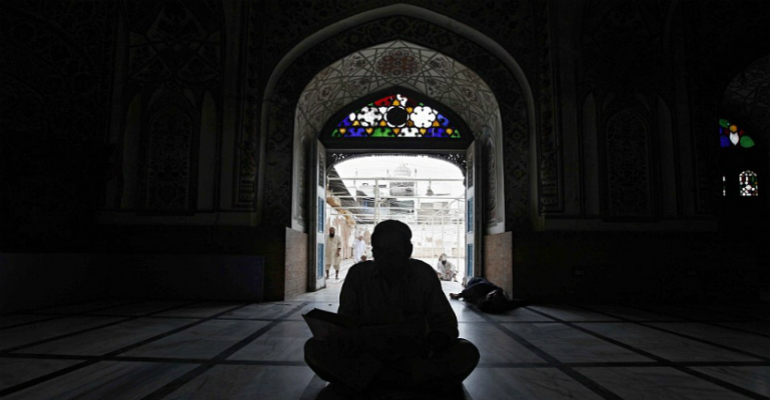 Response: True veneration of the Messenger of Allaah ﷺ [starts with] complete belief in him, and adhering to his legislation, and ruling in accordance with it.
Allaah (Subhaanahu wa Ta’aala) said:

And the Prophet ﷺ said:

«None of you truly believes until I am more beloved to him than his child, his father and all the people.» – transmitted by Muslim

The one who loves him venerates his Sunnah by acting in accordance to it, and gives preference to his speech over and above all of the people. [So] whoever holds fast to the Sunnah – acting in accordance to it and steadfast upon it in his prayer, his zakaah, his fasting, his hajj, and his treatment of his parents, relations, neighbours and brothers – then he is firm upon the Sunnah, of love for it – having placed Muhammad ﷺ his example [to follow] and his imaam; as Allaah (‘Azza wa Jall) said:

{There has certainly been for you in the Messenger of Allaah an excellent pattern…}, soorah al-Ahzaab, aayah 21

As for those who commit shirk with Allaah, and detract their worship away from him calling for the alleviation of harm, the attainment of benefit, and the seeking of intercession – then these [people] do not love the Prophet ﷺ; they are instead his enemies because he ﷺ was sent [as a prophet] to combat shirk, and prohibit it [as Allaah (‘Azza wa Jall) said]:

{It is not for a human [prophet] that Allaah should give him the Scripture and authority and prophethood and then he would say to the people, “Be servants to me rather than Allaah,” but [instead, he would say], “Be pious scholars of the Lord because of what you have taught of the Scripture and because of what you have studied.” Nor could he order you to take the angels and prophets as lords. Would he order you to disbelief after you had been Muslims?}, soorah Aal-’Imraan, aayah 79-80

And the Messenger ﷺ warned us against building graves, and towards the end of his life he said:

And the Prophet ﷺ said:

«O Allaah! Do not make my grave a place of worship [thereby deserving] the wrath of Allaah, [just as it is] upon those people who have taken the graves of their prophets as places of worship.»