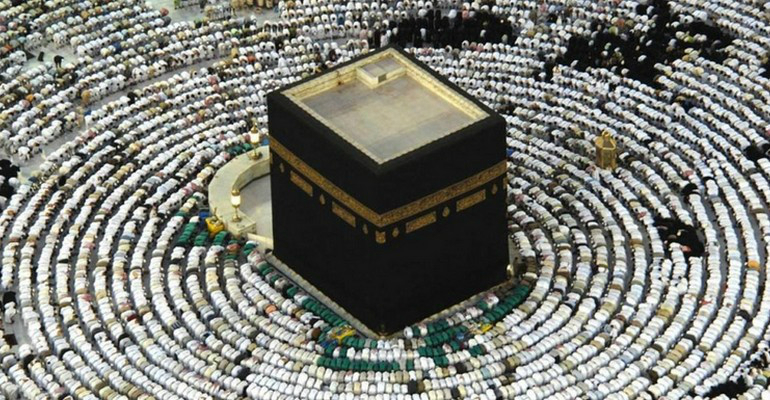 Question: When was the Ka’bah built, and who raised the foundations? And why was it named as such?

{And [mention] when Ibraaheem was raising the foundations of the House and [with him] Ismaa’eel…}, soorah al-Baqarah, aayah 127

So Ibraaheem (‘alayhis-salaam) is the one who built the Ka’bah and raised its foundations along with his son Ismaa’eel (‘alayhimas-salaam wat-tasleem). And in some of the early narrations it is mentioned that the Ka’bah was built in the time of Aadam (‘alayhis-salaatu was-salaam), however it was destroyed and disappeared, and then Ibraaheem rebuilt it, and Allaah [alone] has the Complete knowledge [of all affairs].

And Allaah (Ta’aala) has associated this House (the Ka’bah) to Himself, as He (Jalla wa ‘Alaa) said:

{And [mention, O Muhammad], when We designated for Ibraaheem the site of the House, [saying], “Do not associate anything with Me and purify My House for those who perform tawaaf and those who stand [in prayer] and those who bow and prostrate.}, soorah al-Hajj, aayah 26

And Allaah (Subhaanahu wa Ta’aala) has obligated upon his worshipers that they turn towards it in their prayers, and to perform hajj there once in a lifetime.