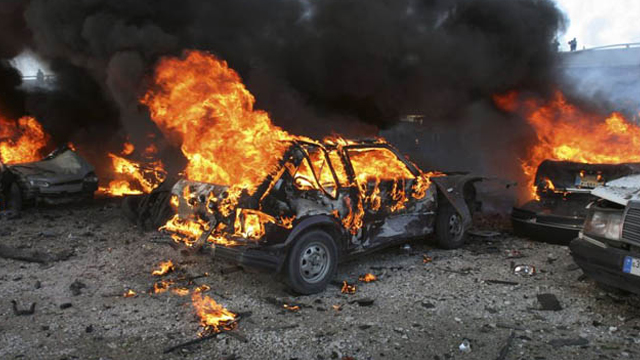 Question: What is the ruling regarding acts of jihaad by means of suicide, such as attaching explosives to a car and storming the enemy, whereby he knows without a doubt that he shall die as a result of this action?

Response: Indeed, my opinion is that he is regarded as one who has killed himself (committed suicide), and as a result he shall be punished in Hell, for that which is authenticated on the authority of the Prophet (sal-Allaahu ‘alayhi wa sallam).

«Indeed, whoever [intentionally] kills himself, then certainly he will be punished in the Fire of Hell, wherein he shall dwell forever», [Bukhaaree (5778) and Muslim (109 and 110)].

However, one who is ignorant and does not know, and assumes his action was good and pleasing to Allaah (Subhaanahu wa Ta’aala), then we hope Allaah (Subhaanahu wa Ta’aala) forgives him for that which he did out of [ignorant] ijtihaad, even though I do not find any excuse for him in the present day. This is because this type of suicide is well known and widespread amongst the people, so it is upon the person to ask the people of knowledge (scholars) regarding it, until the right guidance for him is differentiated from the error.

And from that which is surprising, is that these people kill themselves despite Allaah having fordbidden this, as He (Subhaanahu wa Ta’aala) says:

{And do not kill yourselves. Surely, Allaah is Most Merciful to you}, [Soorah an-Nisaa., Aayah 29].

And many amongst them do not desire anything except revenge of the enemy, by whatever means, be it halaal or haraam. So they only want to satisfy their thirst for revenge.

We ask Allaah to bless us with foresight in His Deen and action[s] which please Him, indeed He is all Powerful over all things.