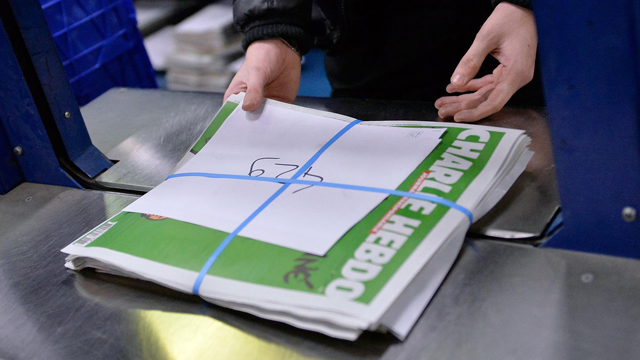 Egypt’s Grand Mufti warned the French newspaper Charlie Hebdo on Tuesday against publishing blasphemous material, saying it was a racist act that would incite hatred and upset Muslims around the world.

Charlie Hebdo is due to publish a front page on Wednesday showing a sacrilegious caricature in its first edition since gunmen attacked the weekly’s offices in Paris last Wednesday.

“This edition will cause a new wave of hatred in French and Western society in general and what the magazine is doing does not serve coexistence or a dialogue between civilizations,” the office of Grand Mufti Shawqi Allam, one of the region’s most influential clerics, said in a statement.

“This is an unwarranted provocation against the feelings of…Muslims around the world.”

The mufti described the attack on Charlie Hebdo as “terrorist” and Egypt’s Al-Azhar has referred to the attack as a criminal act.

The grand mufti’s office called on the French government to reject what he called the “racist act” by Charlie Hebdo, accusing the newspaper of seeking to provoke “religious strife… and deepen hatred.”

Turkish President Tayyip Erdogan has accused the West of hypocrisy. “The West’s hypocrisy is obvious. As Muslims, we’ve never taken part in terrorist massacres. Behind these lie racism, hate speech and Islamophobia,” he said.

Meanwhile, French Prime Minister Manuel Valls told members of Parliament Tuesday that France is not at war against Islam and Muslims. “France is at war with terrorism, jihadism and radicalism,” he said.

Separately, thousands of people joined German political and religious leaders at a Muslim community rally against Islamophobia on Tuesday.

Speakers at Berlin’s Brandenburg Gate remembered the victims of the Paris attacks and called for religious tolerance and unity.

Chancellor Angela Merkel and half of her Cabinet were among the guests at a wreath-laying ceremony outside the French Embassy and listened as an imam recited Qur’anic verses condemning the taking of life.

Sending a rebuke to a growing anti-Islamic movement in Germany, she said: “Hatred, racism and extremism have no place in this country. We are a country based on democracy, tolerance and openness to the world.”