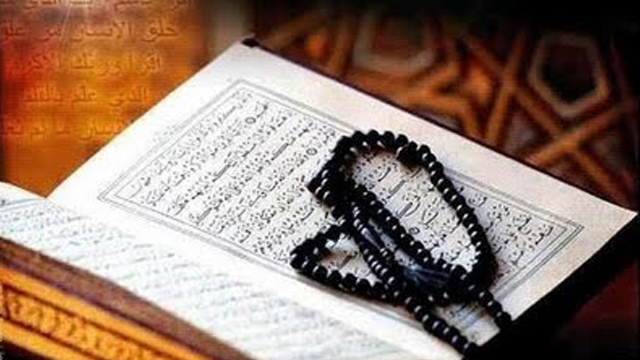 I once asked him in a lesson [on Thursday]: “O Shaykh, the hadeeth which al-Haafidh mentions in Buloogh al-Maraam is:

«The best of payments is received from (transcribing and teaching) the Qur.aan»

…and I paused, and he said:

So he began to think, and then said: “This [hadeeth] is not in Buloogh [al-Maraam].”

At this, one of the brothers indicated to me that the Shaykh was adamant.

So I said: “On the authority of Abu Sa’eed al-Khudree (radhi-yallaahu ‘anhu), who said: The Messenger of Allaah ﷺ said:

He said: “Yes, however, you asked about the [hadeeth whose] wording [was]:

«The best of payments is received from (transcribing and teaching) the Qur.aan»

…as for this hadeeth, then it is in [Saheeh] al-Bukhaaree.”