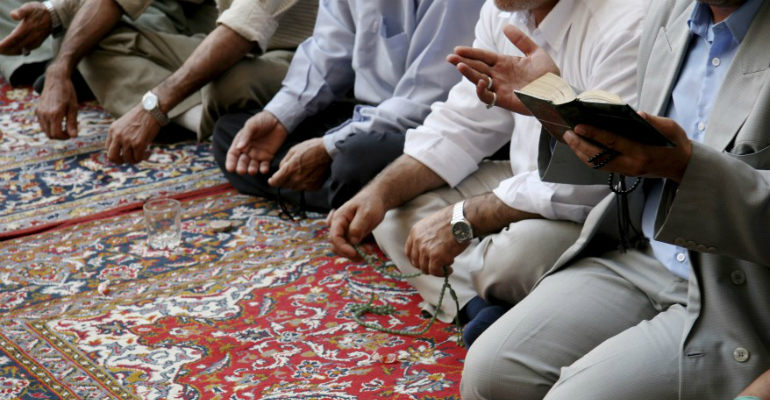 Response: As for responding to the supplication, then this [matter] is [solely] with Allaah (‘Azza wa Jall). As for this manner [of supplication], then it is an innovation, as the Prophet ﷺ did not supplicate [in this manner] with his companions after the prayer; rather, when he had finished his prayer, he would utter [أَسْتَغْفِرُ الله] three times, and then say:

{And when you have completed the prayer, remember Allah standing, sitting, or [lying] on your sides.}, soorah an-Nisaa, aayah 103

…and [as such] has not commanded us to supplicate.

And the command to supplicate occurs after the final tashahhud, because when the Prophet ﷺ mentioned the tashahhud, he said:

So the [specific] time for the supplication is [after the tashahhud] – just before the tasleem; this is what the authentic proofs indicate. As for after the prayer [is complete], then this is the time for [engaging in] the remembrance [of Allaah].

And some people have rendered the supplication to be done after the prayer, and this is not befitting. That which is befitting is that your supplication is done [after the tashahhud and] before the tasleem; as for when the prayer is over, then this is the time for the remembrance of Allaah. And as for the voluntary prayer, then I am not aware of any [authentic] evidence indicating [that we should] engage in the remembrance of Allaah (‘Azza wa Jall).