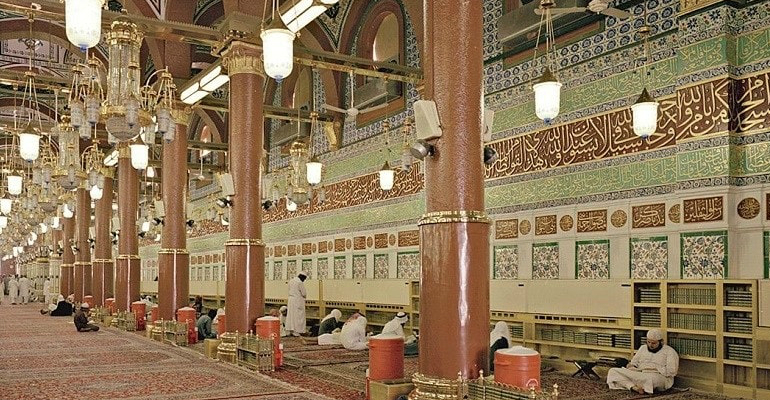 As you [all] know, even from [among] the children of the Muslims [there are those] who insult the Messenger ﷺ.

These disgraceful articles which are published in the newspapers (media) demanding the removal of the hijaab. They insist on the women removing the hijaab – which Allaah and His Messenger ﷺ have instructed them with.

Is this not an insult to the Messenger ﷺ?

And whoever falls foul [of his instructions], then he has insulted him ﷺ.

[So we find in the media an] insistence that women [should] mix freely with men, and [likewise] do away with [their] modesty (hayaa). Is this not an insult to the Messenger ﷺ and opposing him (his guidance)?

So if we [really] want to defend [the honour of] the Messenger ﷺ, then we should defend him within ourselves first [and foremost].

And we should not insist upon opposing him (his guidance) by saying [for example] ‘this [guidance] is not compatible with this day and age’.

Is this not from the greatest of insults to the Messenger of Allaah ﷺ?