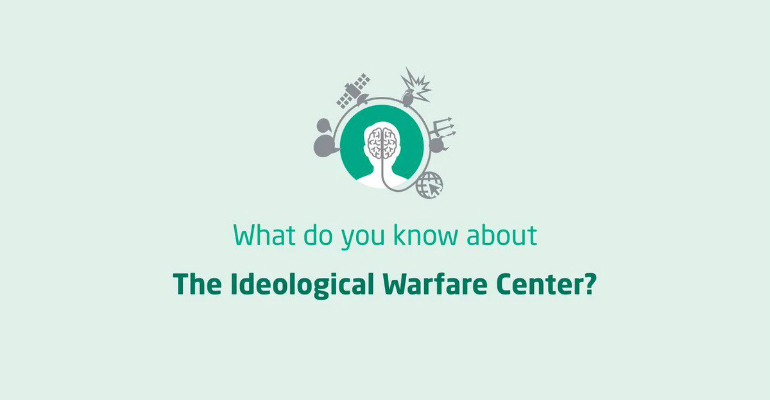 THE Ideological Warfare Center (IWC or Fikr in Arabic), under the supervision of the Ministry of Defense, has dealt a heavy blow to extremists and terrorists when it exposed how they spread messages of hate in order to undermine national security, destabilize a country and provoke violence. They distort the peaceful messages of Islam to achieve this goal, tweeted IWC on its Twitter account, which also posted the correct English translations of some Islamic terms.

One of the tweets said that some have a misconception about the meaning of the Arabic word ‘kafir’ and this has led them to develop the wrong idea about the true Islamic principles and values, which attach great importance to good words. Allah the Almighty says in the Holy Qur’an: “And speak to people good words” {02:83}

The tweets explained the meaning of the Arabic infinitive noun ‘kufur’, saying that lexical meaning of the word refers in Arabic to the act of covering or hiding something while its contextual meaning, e.g. in religious contexts, refers to the act of denying and not believing in any religion: Thus, the word ‘kafir’ refers to someone who tries to conceal a religion that exists or deny that a certain religion is true.

That is why the Arabic word ‘kafir’ can have the meaning of “farmer” because the latter covers the seeds in the soil, hence the Qur’anic text: “… like the example of a rain whose (resulting) plant growth pleases the tillers (of soil)…” {57:20}. The Arabic equivalent of ‘tillers’ or ‘husbandmen’ in this context is “kufar”, which is the plural of ‘kafir’. So a tiller of the soil can be called a kafir without any pejorative implication. It simply means someone who covers the sown seed with earth.

If you do not believe in someone’s religion or do not believe in his opinion, then you are kafir because you refuse to acknowledge the existence of his religion or refuse to accept his opinion. Allah says in the Holy Qur’an: “There has already been for you an excellent pattern in Abraham and those with him, when they said to their people, (Indeed, we are disassociated from you and from whatever you worship other than Allah. We have denied you… “ {60:04) The Arabic equivalent of ‘we have denied you” is “kafrna bikom”. Similarly, a Muslim who does not believe in another’s religion can be described as ‘kafir’. Anyone, Muslim or not, who does not believe in someone else’s religion can be described as ‘kafir’.

That is why all approved translation copies of the Holy Qur’an use the word ‘disbeliever’ as equivalent of ‘kafir’. The real confusion happens when ‘kafir’ is translated wrongly as ‘infidel’ and when the Arabic word ‘torhiboon’, which means ‘threaten’, is translated wrongly as ‘terrorize’ in the following Qur’anic text: “And prepare against them whatever you are able of power and of steeds of war by which you may terrify the enemy of Allah and your enemy.” {08:60}. We cannot here put ‘terrorize’ instead of ‘terrify’ or ‘frighten’.

The Arabic word ‘sihr’ is sometimes translated as ‘magic’ in religious contexts, which is completely wrong and does not reflect the true meaning of the word. Shariah prohibits ‘sihr’ which should be translated into English as ‘sorcery’ but does not prohibit magic, which involves hand dexterity and similar game. Therefore, in religious contexts, the word ‘sihr’ should always be translated as ‘sorcery’.

Another example is the Arabic expression “anna’seeha lilah” which is translated wrongly as “advice” while the correct translation is “sincerity”. The best example is the following Prophet’s saying: “The Messenger of Allah, peace and blessings be upon him, said, “Religion is sincerity.” We said, “To Whom?” the Prophet said, “To Allah, His Book, His Messenger, the leaders of the Muslims, and their common people.” So the correct translation is “sincerity” not “advice” because the latter distorts the real meaning and indicates that Muslims are disrespectful to Allah the Almighty. Muslims cannot give advice to Allah.

Dr. Theodore Karasik, an international affairs expert, said the IWC plays a pivotal role in fighting the ideologies disseminated by Muslim Brotherhood and those who support the movement, pointing out that Crown Prince Muhammad Bin Salman supervises the center and this bolsters the center’s efforts towards fighting extremist and deviant thoughts.

“Dr. Muhammad bin Abdulkarim Al-Issa, IWC Secretary General, is the main figure in promoting the true version of Islam, which encourages pace, tolerance, and coexistence. The type of Islam that the center seeks to counter is a doctrine that goes beyond logic leading to extremism, hatred, and exclusion,” he said in an article published by Andrasta daily.

In his opinion, Karasik believes the IWC plays an important role in exposing the misleading methods and false allegations of extremists and terrorists, noting that it is important for the center to focus on Muslim Brotherhood. He spoke highly of Crown Prince’s efforts to unravel the ills of extremism and terrorism.

Karasik praised the IWC’s efforts to fight terrorism through discussion and discourse, holding Muslim Brotherhood responsible for encouraging young men to carry out suicide bombings and political assassinations. He stressed the important of the center in educating youth about extremist ideas through different programs that expose the recruitment methods used by terrorists.

“The IWC’s voice is successfully bringing to the forefront Qatar’s perfidy not only among its Arab neighbors but beyond through smart messaging,” he said.