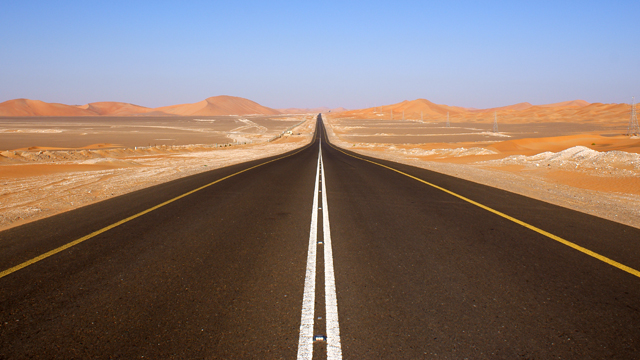 Some youth travelled [by car] from Jordan for ‘Umrah, and in Khaybar they had an accident whereby they hit a lamppost. The police were quick to arrive at the scene of the accident and demanded the driver pay for the damage to the lamppost, which was estimated to be at a cost of SR21,000![1]

Neither the driver nor the youth could afford to pay such an amount! Therefore, the police confiscated the passport of the driver until such time they could arrange for payment, on their return from having performed ‘Umrah.

The students were overcome by this affair and began thinking of a way to get hold of such an amount. There was no way before them except that they present their case to some of the scholars. So, one of them travelled to meet Shaykh Ibn ‘Uthaymeen in his room in al-Masjid al-Haraam in Makkah, after the ‘Asr prayer.

After the Shaykh was made aware of the situation, he said to him: “Come [back] tomorrow and in shaa.-Allaah, all will be well!”

However, the youth did not return to the Shaykh [the following day] because he knew how large the amount (of money) was, and moreover, the Shaykh did not know them and he did not know of the Shaykh to assist in such matters.

So the youth returned back to his friends [held up in Khaybar] believing he had carried out their request to at least having talked to the Shaykh.

The youth then decided to return back to Jordan but they had to pass through the checkpoint in Khaybar to collect the driver’s passport – hoping that Allaah had softened their hearts and they may overlook payment for the damage caused.

When the youth entered the office, the inspector demanded payment in full [for the damage] or no travel! However, if they really wished to travel, they could do so but without the driver!

The youth and their driver became worried – what were they to do? They all turned to the youth who had met Shaykh Ibn ‘Uthaymeen and said to him: “Did you not go to see the Shaykh? What did he say to you?”

He replied: “Come [back] tomorrow.”

They said: “Call him [now] and maybe Allaah will open a way for us at his hands – we are held up here, far from our families and we are in the final days of Ramadhaan.”

The youth called the Shaykh in his room, and he (the Shaykh) responded. The youth explained their situation.

The Shaykh said: “Are you the Jordanian youth?”

The Shaykh said: “Did I not tell you to come [back] tomorrow – why did you not come?”

The Shaykh said: “Then why did you come to me? In any case, the amount was ready the same day!”

The youth could not believe the news; they were all elated.

The youth said: “So how do we proceed, O Shaykh?”

The Shaykh said: “I shall transfer the funds to the centre and will ask them to make your affairs easy and permit you to return to your families before ‘Eed [al-Fitr].”

So the Shaykh spoke to the inspector, saying: “I have the funds, so give me the account number and I will transfer the amount to you. Let the youth and their driver go to their families.”

The inspector responded disrespectfully, saying: “I am sorry, O Shaykh, but it is imperative we have the funds here in cash, otherwise they will not be allowed to travel and return [to their families].”

The Shaykh became angered by the inspector and said to him: “I say to you, the funds are with me, just allow them to go to their families!”

But, again, the inspector, refused.

The Shaykh then put the phone down.

Moments later the entire office was turned upside down!

The Governor of Madeenah – Prince ‘Abdul-Majeed ibn ‘Abdil-’Azeez – was on the phone asking for the inspector who had refused the request of the Shaykh, and began to threaten him with discplinary action!

The inspector’s colleagues tried hard to cover for him.

The youth just stood there [staring at them], noticing how their tone had changed from disrespect to that of respect!

The Prince ordered them to release the youth and their driver immediately and have the lamppost repaired at the expense of the state.

No one could imagine the extent of the youth’s happiness at such news. They thanked the Shaykh for his efforts and his stance towards them; their voices rising with supplications for the Shaykh, and their thanks to the Prince for his respect towards the scholars and appreciation of their rank and position – all this in a situation none of them will ever forget as long as they live!