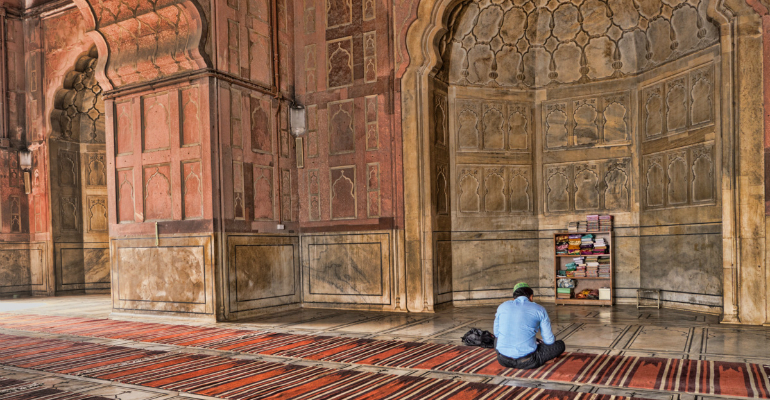 Question: We want your excellency to encourage the callers [to Islaam] and the students of knowledge to establish lessons and lectures in all of the regions of [all] the countries, since we have noticed [da’wah efforts have] dried up in some of the regions, [in addition to] a small number of callers [to Islaam], [as well as] laziness on the part of the students of knowledge and their abstention from holding lessons and lectures – [something] which has caused the spread of ignorance and a lack of knowledge of the Sunnah and the spread of shirk and innovations, and may Allaah protect and preserve you.

And in the Jumu’ah khutbahs; it is obligatory upon every one of the imaams of the masaajid to give attention to the Jumu’ah khutbah, and [and in doing so] address the needs of the people. And likewise [is the case] with the lectures and conferences – it is obligatory upon the organisers to address the needs of the people, and to explain to them what they do not know from the affairs of their religion, and what is required of them regarding their brothers from their neighbours and other than them with respect to commanding the good and forbidding the evil, and calling them to [the Path of] Allaah, and teaching the ignorant with gentleness and wisdom. And when the scholars remain quiet and do not advise nor guide the people, then the ignorant will speak – and will go astray, and [as a result] will lead [others] astray. And [in this regard] there occurs in an authentic hadeeth, that the Prophet ﷺ said:

«Indeed, Allaah does not take away knowledge by snatching it from the people, but He takes it away by taking away [the lives of] the religious scholars till none of the scholars remains alive. Then the people will take ignorant ones as their leaders, who, when asked to deliver religious verdicts, will issue them without [sound] knowledge, the result being that they will go astray and will lead [others] astray.» – transmitted by al-Imaam al-Bukhaaree in his authentic collection.

And we ask Allaah for protection from all harm – for us and for our Muslim brothers [and sisters].

And with what we have mentioned, he must know that it is obligatory upon the people of knowledge, wherever they are – in the villages, towns, and tribes in these lands, and in every place – that they teach the people and guide them [in accordance] with what Allaah (‘Azza wa Jall) and His Messenger ﷺ have said. And whatever they find difficult, then they must refer back to the Book [of Allaah] and the Sunnah [of His Messenger ﷺ], and to refer to the guidance of the people of knowledge.

So the scholar continues to study until he dies, and he studies in order to learn what has caused him difficulty [in understanding a matter], and he refers to the guidance of the people of knowledge with [sound] evidence in order to issue legal rulings to the people and to teach them based upon sound knowledge, and so that he can invite them to [the Path of] Allaah upon sound knowledge.

So he teaches the people with [the knowledge] he has been blessed with by Allaah – whether that is in his home, or in school, or an institute, or at university, or in the masaajid which are around him, or in the cars, or in the airplanes, or in any place [he may be in], or in the graveyard if he is attending a burial – and they are awaiting the burial – so he reminds them of [their obligation to] Allaah, just as the Prophet ﷺ did.

So what is intended is that the scholar makes the most of the opportunity in every appropriate place, and appropriate gathering, and does not waste the opportunity, rather he makes the most of it to remind the people, and to teach them with good speech and in a good manner and to verify [the knowledge he is imparting], and to beware of speaking about Allaah without [sound] knowledge.

And Allaah is the Expounder of all success.