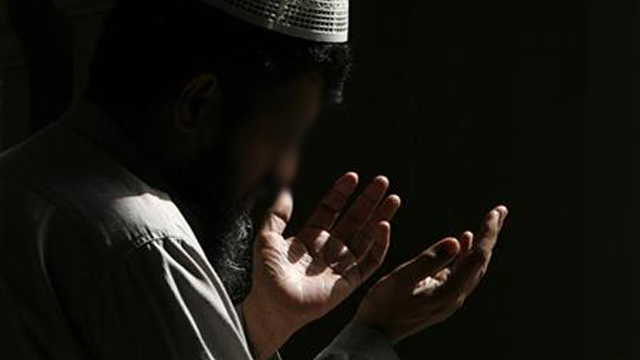 In 1405 AH, during a journey to Saudi Arabia, we were travelling in the same car as the Shaykh and his wife, Umm al-Fadhl. When we arrived in Makkah, we were guests of a friend of the Shaykh, [popularly] known as Abu ‘Arab.

Whilst there, a discourse occurred between the Shaykh and one of the followers of ‘Alawee al-Maalikee, regarding [celebrating] the birthday of the Prophet ﷺ. After they finished their exchange, Abu ‘Arab invited the Shaykh to visit Bangladesh for a period of three days; in order to give da’wah of tawheed to the brothers from Ahlul-Hadeeth; whose number reached into millions. However, the Shaykh excused himself by saying: “I cannot.” The invitation was then put to him a second time, whereupon he replied: “I cannot.” The invitation was put to him a third time, only this time he was requested to go to Bangladesh for just one day, whereupon the Shaykh replied: “I cannot.”

When we returned to the sleeping quarters, we wanted to take a little nap. So we removed a table which was in the centre of the room and I then brought a pillow for us; the Shaykh laid his head at one end whilst I laid my head at the other end, in the opposite direction. It was then that I put a question to the Shaykh which had been burning up inside me. I said: “O Shaykh! Why did you refuse to go [to Bangladesh]?”

He replied: “Indeed I feared for myself the fitnah!”