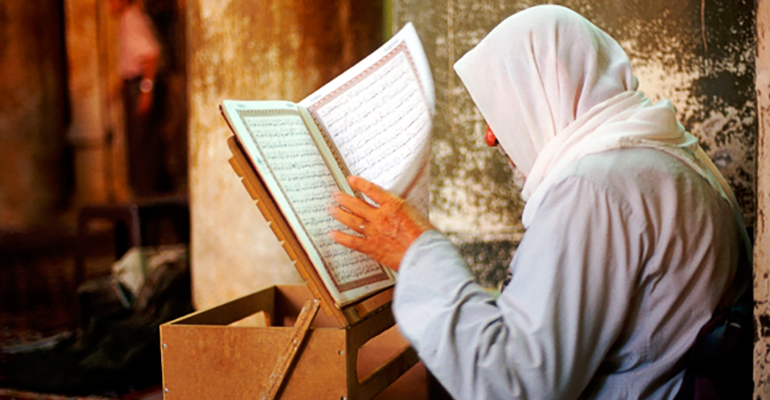 Take for example the Imaam (rahima-hullaah) would [take to account and] punish those who smoked [tobacco] – [this was at the time] when [smoking] first appeared [in the Arabian Peninsula] – about 250 years ago – there were those who smoked; So he would reprimand and censure whoever smoked so that [this evil habit] does not spread amongst the people.

On one [particular] occasion [at the time] he gathered a number of the tribes – between whom there had occurred [some] trials and tribulations quite possibly resulting in killings.

So the leaders of these Bedouin tribes were invited to ad-Dar’iyyah and al-Imaam Muhammad ibn ‘Abdil-Wahhaab spoke to them [all] and obligated them to stop the bloodshed, and seek to rectify [the affairs] between them – [something] which they [subsequently] adhered to.

[At the time of prayer] whilst one of the tribal leaders was praying, a smoker’s pipe fell [from his pocket]; [This was] a pipe which would be filled – at the time – I don’t know its shape, but I read it [to be] like this.

[So it was] a pipe which would be filled with tobacco, and thereafter be lit.

So a pipe fell out [of his pocket] in the masjid, and [some of] the people saw it. When the Imaam – Muhammad ibn ‘Abdil-Wahhaab – saw it, he turned [his gaze] away.

So they (the onlookers) said he just picked up his pipe and put it [back] in his pocket. “He smokes, [surely] he should be censured.”

And another one said: “How?! How can you not censure him?!”

Shaykh Muhammad ibn ‘Abdil-Wahhaab said: “We did not see anything.”

[And] so he left the tribal leader [alone] and did not say a thing to him, instead anticipating [Allaah’s] guidance [for him].

[Notice] the [critical, yet delicate]circumstances [surrounding this tribal leader]; Had he been in any other situation he would certainly have been censured and reprimanded.

However, as he was in this [critical, yet delicate] situation, the [wise and] reformist Imaam commented: “This is not appropriate. [Do you really] think before this bloodshed and killing stops, I should [go] confront him to censure and reprimand him for smoking?!”

However, the general attainment of benefit [as opposed to harm] is [always] sought.

[The reason being] because during his life, the [wise and] reformist Imaam adapted his approach [to the circumstances he faced] and [here in Saudi Arabia] we have not adopted this approach out of blindly following him, rather, because the general attainment of legislated benefit dictates this.

And as we have said [before], the Imaams of the da’wah [of tawheed] after him have remained clear and apparent [in their approach] in accordance with that which the legislated commands and applicable evidences dictate.