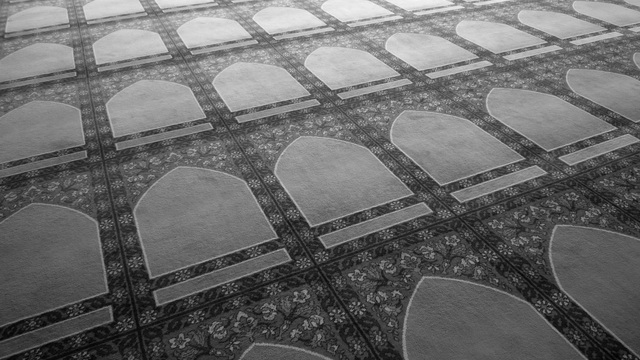 Response: He should pray them all together at the same time; that is because when the Prophet (sal-Allaahu ‘alayhi wa sallam) missed the ‘asr prayer during the battle of Khandaq, he prayed it [promptly upon remembering] before the maghrib prayer. Like this [therefore], it is obligatory upon anyone who has missed a[ny obligatory] prayer[s] to pray them promptly, and together – without any delay.

Response: And this [understanding] is wrong. That is because the time for making up the [missed] obligatory prayers is the moment he remembers them, [and this is] based upon the saying of the Prophet (sal-Allaahu ‘alayhi wa sallam):

«Whoever forgets a prayer or sleeps and misses it, its expiation is to make it up as soon as he remembers it» [transmitted by Muslim]