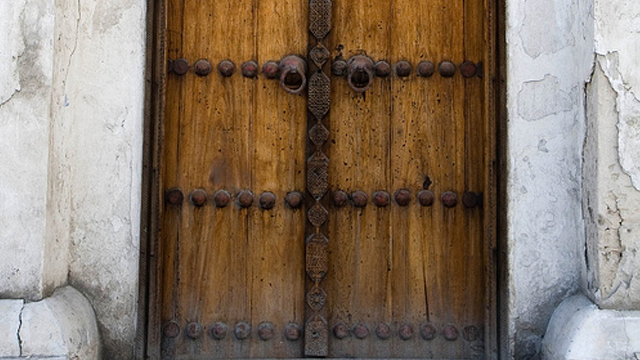 ‘Shaykh Talaal ibn Ahmad al-’Aqeel said: In the early evening of 27th Muharram 1420 AH, right after the Maghrib salaah, myself, Shaykh ‘Abdur-Rahmaan al-Ujayree and Misfir al-Moosaa, went to visit the noble Shaykh Ibn Baaz at his home, in Taif. As was his habit, the Shaykh had around him 25 people who had come to visit him. Everyone had their need; this one wants to ask for a fatwa and this one wants to ask a question and this one just came to visit to extend his greetings (salaam) to the Shaykh. On that day, I saw the Shaykh’s face was radiating with light (noor) and his happiness indicated how much at ease he was and his desire to show love to all those who were gathered around him.

So, he asked the name of everyone who extended their greetings to him, and if he knew them, he would ask them about their affairs, their family and children. Someone came to the Shaykh and he gave him [enough] to satisfy his needs, and another called from one of the Arab states to ask the extent of his ability to assist him in gaining entry to the Islaamic University in Madeenah. The Shaykh said to him: “Send [us] your papers and we will do what we are able to.” Another came to ask him for a fatwa regarding divorce and the Shaykh responded to his question with much composure and wisdom.

One of the Shaykhs came to extend greetings to the Shaykh on behalf of some of the Shuyookh, and he asked for the Shaykh’s opinion regarding electric mosquito repellents. The Shaykh replied: “If it is electric, then it is [a form of] fire and thus it is not permissible to strike mosquitoes with fire.”

Then the servant of the house came with coffee, tea and bakhoor (incense), and the Shaykh continued to answer the telephone, one call after another. To the right of the Shaykh sat Shaykh ‘Abdul-’Azeez ibn Naasir, and to his left sat Shaykh Ibn Moosaa; both of them had papers with them, each one reading one after the other to the Shaykh.

Suddenly, the Shaykh raised his voice and said: “I ask Allaah ‘Azza wa Jall to grant tawfeeq to everyone with all that is good, and to purify our intentions and to accept from us [our] sincere actions and to grant Islaam and the Muslims honour.” Then he made a long supplication while we responded by saying ‘Aameen’. Then the adhaan for the ‘Ishaa salaah was called, and we stood and bade farewell to the Shaykh; kissing his hands, which were warm and smooth. Again, he prayed for tawfeeq for us.

This is what the Shaykh was doing during the final hours of his life.’