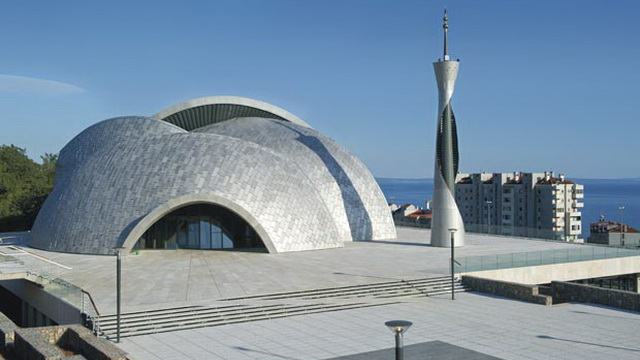 Question: Is it permissible to build a masjid in different shapes, such as six-sided? And what is the correct shape for a masjid [to be], [as] I am of the opinion that an oblong-shaped one is best. I am asking this question because in our beloved Kingdom, I have seen masaajid – and all Praise is due to Allaah [alone] that they are few [in number] – which are six-sided. It appears that questioner has gone off on a tangent here [and may intend something else] as six-sided shapes only occur in the Israeli star.

Response: All Praise is due to Allaah [alone]. It is permissible to build masaajid in any shape – so long as it is clearly facing the direction of the qiblah. If it is built in a style resembling a church or [any other] place of worship of the disbelievers, then this is not permissible as it entails resemblance to them.

However, if it is built in a manner which does not resemble a place of worship of the disbelievers – such as a church or monastery, or other than them – then there is no harm in them being in whatever shape, so long as it is clearly facing the direction of the qiblah.