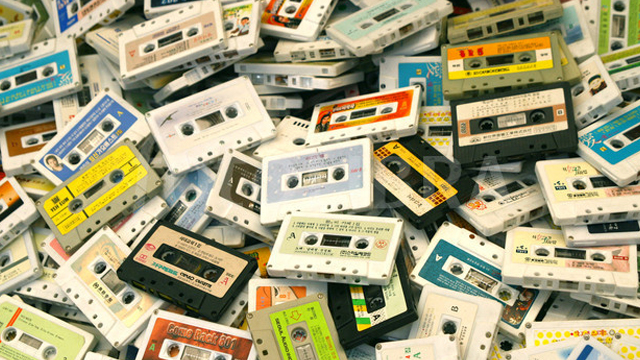 Question: Is it permissible to dispose of cassettes, which have verses of the Qur.aan and some ahaadeeth recordings on them, in a waste basket?

Response: [Regarding] these cassettes which contain [recordings of] some prophetic ahaadeeth or verses of the Qur.aan, then they have no visible trace of the verses [of the Qur.aan] or the ahaadeeth on them. Rather, they are [merely digital] particles which, when passed under the tape head in the recording device it [reads the content of the cassette and] outputs the [corresponding] sound.

So, [in this case] it does not comprise the rulings pertaining to paper which contain some [verses of the] Qur.aan or ahaadeeth. So if a person was to discard them (cassettes) in any place – with the condition that he does not intend to insult or indignify [the Qur.aan or the ahaadeeth contained in the recordings], then the is no harm in that. Just as if he was to enter the toilet with them, then there is no harm in that since the verses [of the Qur.aan] or the ahaadeeth are not visible on the tapes.