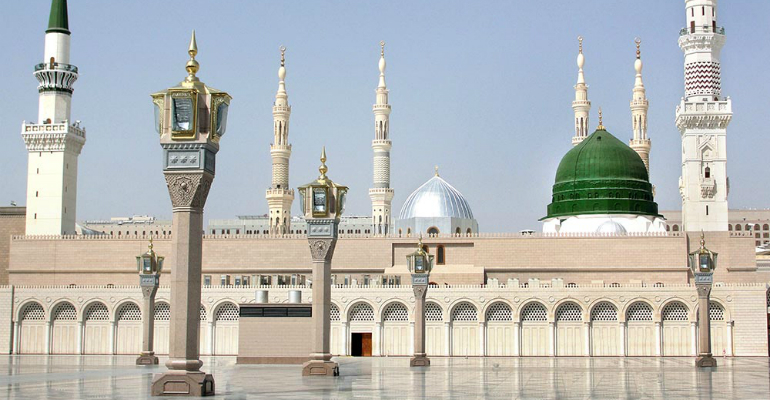 We have therefore gone as far as publishing 9 fataawa outlining the prohibition of ‘Eed Milaad an-Nabee; Keeping in mind that the strength of Fatwa-Online lies in publishing fataawa and statements from only the major scholars of the Muslim world, both living and dead.

Our intention is merely to drive home the point as to the prohibition of this innovation and to encourage its cessation, in shaa.-Allaah.

Considering the celebration of the Prophet’s (sal-Allaahu `alayhi wa sallam) brithday entails an increase in worship in terms of sending salutations upon him and the like of these acts, then clearly this whole affair would be classified as an innovation.

«Adhere to the athar (narration) and the tareeqah (way) of the early generations and beware of newly invented matters for all of it is innovation», [Reported by As-Suyootee in Sawn al Mantaq wal-Kalaam – Page 32].

So our advice remains the same, and that is not to pollute the religion of Islaam with innovations. If you truly love the Prophet (sal-Allaahu `alayhi wa sallam), then do as he has commanded. The following fatwa deals with this important issue succinctly:

And the sign of the love of the Messenger (sal-Allaahu `alayhi wa sallam) is that a person inquires about his Sunnah and then follows it and does not add nor take anything away from that. Based upon this, then those who innovate in anything related to the Prophet (sal-Allaahu `alayhi wa sallam) and state that this is from their love and honouring of him (the Prophet) then in reality they do not love him and nor honour him. And that is because true love and honouring of him is to follow his sayings and not to add to his Sharee’ah and nor to take away from it.

{O you who believe! Do not put (yourselves) forward before Allaah and His Messenger, and fear Allaah. Verily! Allaah is All-Hearing, All-Knowing. O you who believe! Raise not your voices above the voice of the Prophet, nor speak aloud to him in talk as you speak aloud to one another, lest your deeds may be rendered fruitless while you perceive not}, [Soorah al-Hujuraat, Aayah’s 1 and 2].

We ask Allaah to grant the Ummah of our beloved Prophet Muhammad (sal-Allaahu `alayhi wa sallam) proper understanding of Islaam as understood and practiced by the best of generations, namely the companions of the Prophet (sal-Allaahu `alayhi wa sallam), then those who followed them from the at-taabi’oon, and those who followed them from the atbaa’ at-taabi’een, as occurs in the authentic hadeeth: