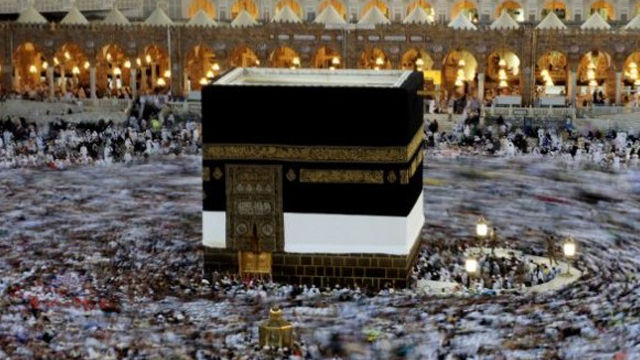 Question: A woman asks: When I was in Makkah al-Mukarramah, I received news that a relative of mine had died; So I performed the tawaaf for her – seven times around the Ka’bah – and made the intention for her [to receive the reward]. Is this permissible?

Response: Yes, it is permissible for you to perform the tawaaf – seven times – and render the reward for whoever you wish from the Muslims; This is what is common from the madh.hab of Imaam Ahmad (rahima-hullaah); That any act of worship a Muslim performs and gifts its reward for a[nother] Muslim, dead or alive, then that will benefit him whether it be [a] wholly physical [act of worship] such as the salaah and the tawaaf or [a] wholly monetary [act of worship] such as sadaqah, or a combination of the two such as offering a sacrifice.

However, it is befitting to know that which is best for a person is to render noble acts [of worship] for himself and [instead] to restrict himself to supplicating for whoever he wishes from the Muslims; That is because this is the guidance given to us by the Prophet (sal-Allaahu ‘alayhi wa sallam) in his statement:

«If someone dies his actions come to a standstill, except for three: Recurring charity [he has made], or knowledge which he has benefited [others] with, or a righteous son who prays for him», [from the hadeeth of Abu Hurayrah as transmitted by Muslim, ref.4199]