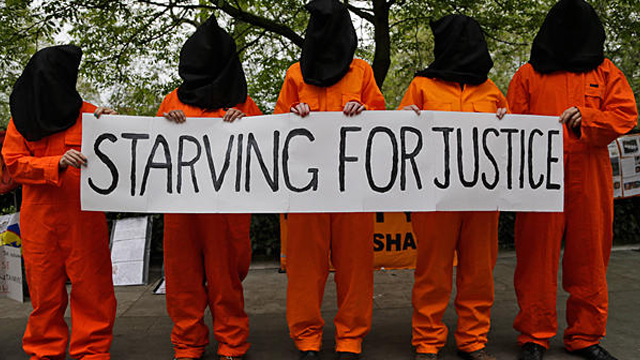 Question: We hear alot on the radio [news] and read in the newspapers about people going on hunger strike in protest against some rules; and these people [we hear about] tend to be prisoners. So what is the ruling about the one who dies whilst on hunger strike?

Response: The ruling about the one who dies whilst on hunger strike is that he has killed himself – having done that which is forbidden. That is because Allaah (Subhaanahu wa Ta’aala) says:

{And do not kill yourselves (nor kill one another). Surely, Allaah is Most Merciful to you}, soorah an-Nisaa, aayah 29

And from that which is known, is that whoever abstains & refuses food and drink, then he will certainly die – and having done that he has killed himself. It is not permissible for a person to go on hunger strike – abstaining from food and drink for a duration that will cause him to die. If, however, he was to go on hunger strike for a period that will not cause him to die – and that [is because] this is the only means to rid himself of oppression, or to seek the return of his right then there is no harm in that. If he was in a country where this act was practiced to rid oneself from oppression or [as a means] to attain his right then there is no harm in that. As for allowing this [act of hunger striking] to reach such an extent as to cause death, then this is not permissible – whatever the situation may be.