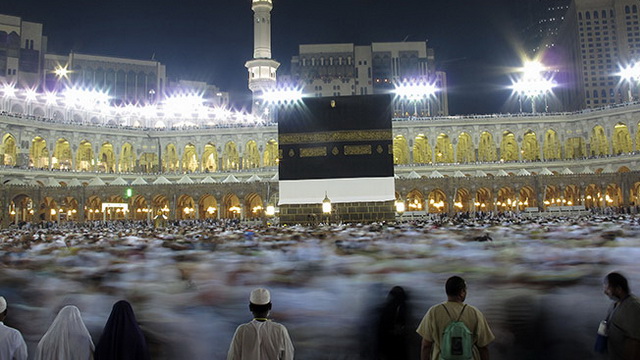 Grand Mufti Sheikh Abdul Aziz Al-Asheikh has called on pilgrims to uphold the spirit of unity and piety while performing Haj, which is one of the five pillars of Islam.

“Haj is not the occasion to play politics or spread misconceptions or hatred against one another, or divide Muslims. It is the time to become united in faith,” he said during the Friday sermon at the Imam Turki bin Abdullah Mosque in Riyadh.

The grand mufti also warned that those found indulging in nefarious activities anywhere in the Kingdom during the pilgrimage will be dealt with firmly and that the authorities concerned are maintaining a strict vigil on pilgrims.

He said during the “Jahiliyah” (ignorance) time, people used to come for Haj with pride in their kinship, parties and their poetry. However, Islam came to put them on the right path.

“We Muslims have not come here to divide and create a schism between the people and leaders. We have come to become united in faith, have one word, cooperate and to take advantage of this chance to meet and build a constructive dialogue with a goal to uphold righteousness and do away with wrongs,” the grand mufti said.

Al-Asheikh also exhorted the pilgrims to follow the traffic rules in the Kingdom, stay away from what does not concern them and work on what is best for them.

“Pilgrims must keep repeating the words of God, read his Book and perform Tawaaf and Salah in the Great Mosque, and stay away from the slogans of ignorance. We are an Islamic Ummah, a community of one, our God is one, our Prophet is one and our Book is one,” he said.

Al-Aasheikh said: “The House of God is the purest of places on earth. Those who enter it, do so as humbled people, as if they are not from this earthly world.”