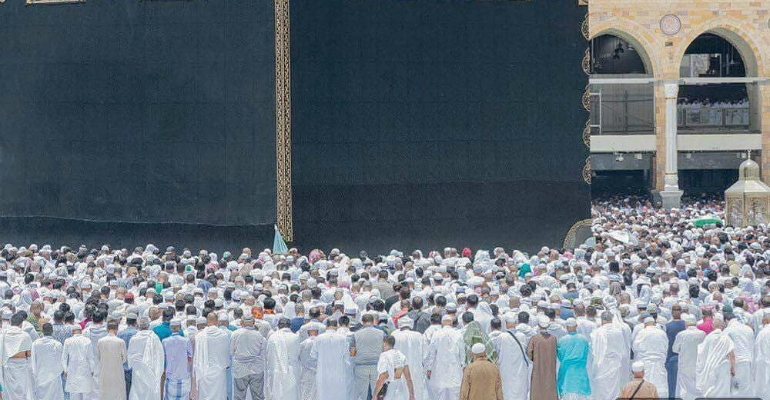 Imams at the Grand Mosque in Makkah and the Prophet’s Mosque in Madinah urged the faithful to reap the fruits of the holy month of Ramadan. In their last Friday sermon before the advent of Ramadan, the imams called on the believers to support the weaker sections in the society with an increase in provision of their charity and alms in the holy month.

Sheikh Maher Bin Hamad Al-Moiqali, imam and khateeb of the Grand Mosque, emphasized the need to be more closer to the Holy Qur’an during the fasting month. “Fasting and Qur’an will do the much needed recommendation for the faithful during the Day of Judgment. The God won’t reject the earnest supplications made in Ramadan,” he said.

The imam emphasized that the best charity is the alms being given in Ramadan. “If anyone is fearful of the Day of Reckoning, he may feed the poor and support widows and orphans,” he said while citing that the Prophet (peace be upon him) was the most generous in the holy month.

“Ramadan is the best opportunity to win the pleasure of God through increasing virtues, and moving straight forward on His path in the life of this world,” he said.

In his sermon, Sheikh Abdul Mohsen Al-Qassem, imam and khateeb of the Prophet’s Mosque, compared the month of Ramadan to a wide field of race in doing virtues, purifying soul from sins and cleansing of wealth through charity.