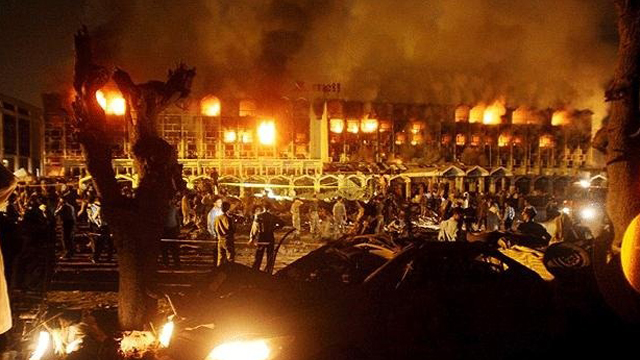 Imams and khateebs of the Grand Mosque and the Prophet’s Mosque in their Friday sermons condemned Thursday’s mosque blast in Abha that targeted special security forces.

At the Grand Mosque, Sheikh Dr. Osama Khayyat said by targeting worshipers in the mosque the perpetrators of the bomb blast have shown their evil heart and mind.

He quoted various verses of the Qur’an warning against killing of innocent people and said the most wicked thing is a digression from the issues on which there was consensus among Ulema.

Corrupt views and tendentious fatwas will lead the mankind to nowhere, he warned. People with criminal minds seem oblivious of the consequences of their misdeeds, he said.

In Madinah, Sheikh Abdulmohsen Bin Muhammad Al-Qasim said Allaah and His Prophet (peace be upon him) have accorded great value to the life of a Muslim.

The end of the world is a minor issue when compared to taking the life of an innocent Muslim, he said. Shedding of blood of innocent people draws Allaah’s wrath, he said.

Sheikh Abdulaziz Bin Abdullah Al Asheikh, grand mufti and chairman of the board of senior ulema also condemned the blast and warned against a seditious group growing among Muslims.

In his sermon at Imam Turki Bin Abdullah Mosque in Riyadh, he said the deviant group has digressed from the Ummah and has betrayed its reckless mind.

This group, he said, is playing into the hands of forces that are inimical to Islam and Muslims. By adopting the takfiri ideology, the deviants are sowing seeds of sedition in the Ummah, he said.