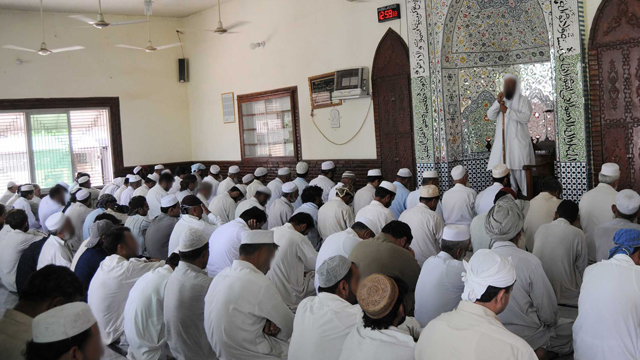 During the Jumu’ah khutbah, the Shaykh mentioned the excellence of reciting Soorah al-Faatihah before sleeping, and encouraged [everyone] to recite it. After the khutbah, one of the students of knowledge reminded the Shaykh, saying:

“O Shaykh, you probably meant the excellence of Aayatul-Kursee”

The Shaykh then realised he had unintentionally made a mistake, so he corrected his mistake immediately before the congregation left, warning them a mistake had been made in the khutbah and that which is correct is reciting Aayatul-Kursee before sleeping.