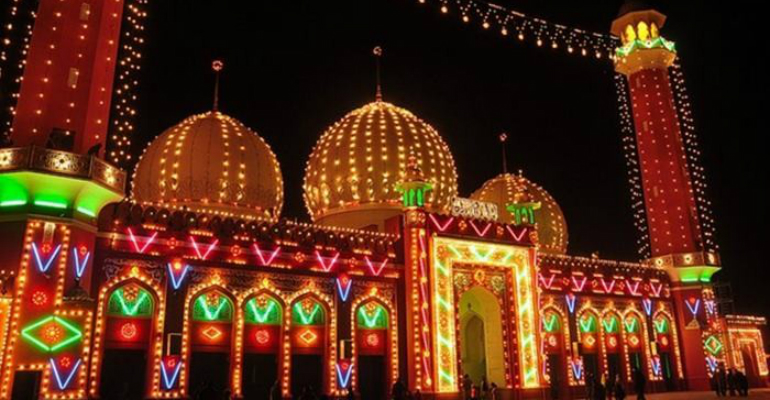 Question: Does the lighting-up of masaajid and decorating them on special occasions have any basis in the Sharee’ah?

Response: The lighting-up of masaajid with decorations on special occasions such as ‘Eed has no basis because the prayers on the occasions of ‘Eed are not generally held in the masjid but performed out in the open areas. Also, the lighting-up of the masaajid specifically on these nights is not appropriate. This may have become a norm for some ignorant people, to light up the masaajid and beautify them on some nights which they believe have special meaning and nobility [such as the 15th night of Sha’baan, the night of the birth of the Prophet (sal-Allaahu ‘alayhi wa sallam), the night of al-Israa. etc].

All of these have no basis, rather, they are an innovation. Also, there is nothing specifying these nights in particular for worship or any other act. That which is obligatory is the correct Sharee’ah use of the masaajid throughout the year, taking particular note in its cleanliness and maintenance because they are places for worshiping Allaah each day. It is not correct to specify a particular time or night in the year for lighting them or that which is similar to this.