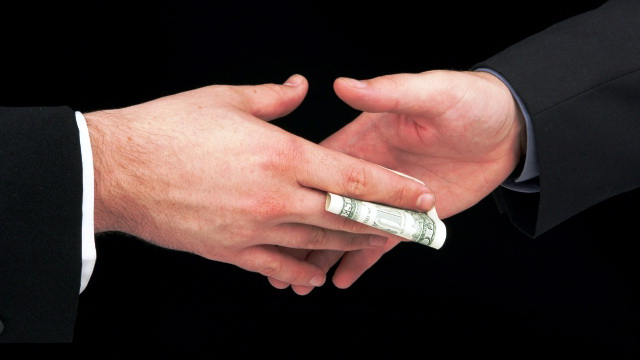 Question: What is the manner in which one should repent [to Allaah] from paying a bribe, and will the repentance be accepted if it is sincere; And what about the money, what should I do with it – [bearing in mind] I have already used some of it?

And the curse [which is attached to this misdeed] is something which renders this act a major crime, and it is considered a grave sin from the major sins. So the taking of the bribe is a grave sin from the major sins, and whoever falls into it is required to repent from it, and whatever he has [left] of the money which he has taken from the bribe – he is required to free himself of it by giving it to the poor and destitute as a means of ridding himself of it and not from a viewpoint of charity. It should be considered as money which has been lost [and found] – that which has no owner, in which case he uses it for righteous ends, and gives it to the needy, poor and destitute – and along with that he repents to Allaah Subhaanahu wa Ta’aala.