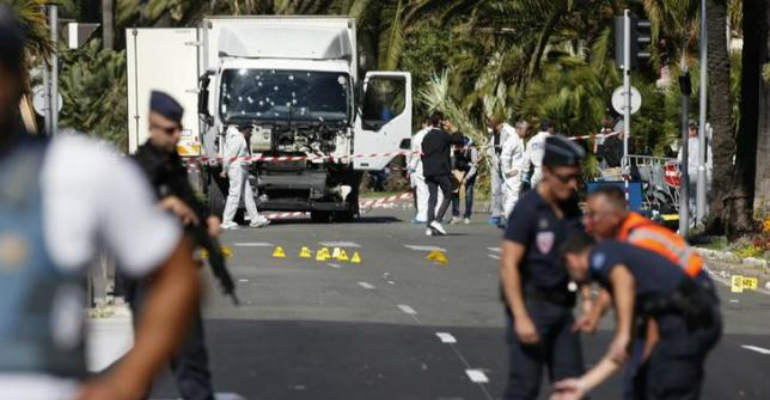 Saudi Arabia on Friday condemned the murder of over 80 people in Nice late on Thursday when a terrorist ran over a crowd of spectators during Bastille Day celebrations.

“As we condemn and denounce in the strongest terms this criminal act, we, on behalf of the Government and people of the Kingdom of Saudi Arabia, express our condolences to Your Excellency and the families of the victims,” said the cable.

The GCC Secretary General Abdullatif Al-Zayani confirmed the GCC states’ solidarity with France over “this criminal and cowardly incident whose perpetrators were stripped from all moral and human values”.

Organization of Islamic Cooperation Secretary General Iyad Madani said the “perpetrator and those behind him are an affront to humanity and all moral and human values.”

But he warns such acts play into the hands of political forces on the extreme right and says “Islamophobic voices that are ever ready to frame Islam and its 2 billion adherents.”

The Secretary General of the Arab League Ahmed Aboul Gheit condemned the terrorist attack and said through a spokesperson: “This tragic and heinous crime comes to reaffirm that terrorism continues to overpass all the red lines by targeting innocent people through brutal and unprecedented acts.

“there is an urgent need necessitating the concerted efforts of all international parties immediately to address the current rise in this phenomenon by taking more measures of cooperation and strong and effective coordination.”

Muslim World Secretary General Abdullah Al-Turki said in a statement: “League emphasizes its firm position that such terrorist acts that target innocent people, seek to destabilize security and terrorize secure societies are not related to Islam and contradict human values and principles.”

General Secretariat of the Council of Senior Scholars have said “Islam magnifies the sanctity of human blood and criminalizes terrorism that kills and terrorizes innocent people in their homes, markets and facilities teeming with men, women and children, and that all humanity rejects and condemns it.”

Leaders across the globe have been reacting to the attack in Nice by condemning the atrocity.