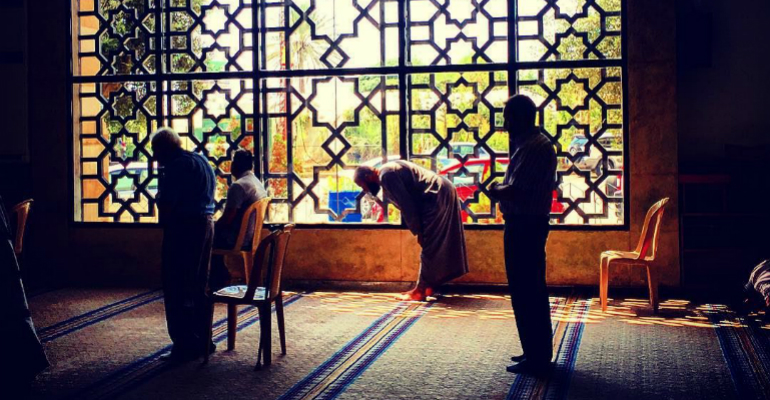 Question: Some people who are capable of standing [during the prayer, choose instead to] sit during the second rak’ah of the Fajr prayer until the imaam is about to bow [into rukoo’], so he bows along with the imaam. So is his prayer correct?