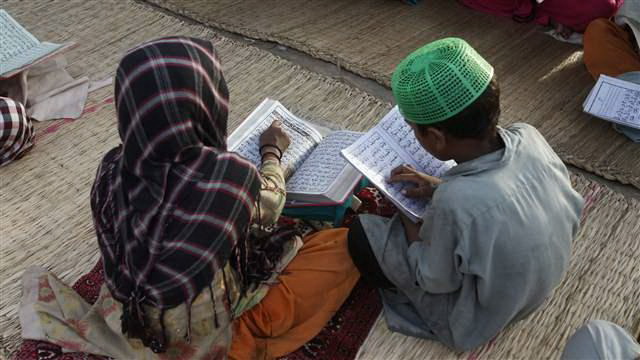 Question: Should the young discerning child be ordered to fast?

Also, is it (the fast) accepted from him if he attains puberty during his fast?

Response: When young boys and girls reach seven years of age they are ordered to fast so as to become accustomed to it; And it is upon their guardians to order them to do so, just as ordering them to perform their salaah, so when they attain puberty fasting becomes incumbent upon them.

If they attain puberty during the day, their fast for that day is accepted; So if a young child, who is fasting, was to turn fifteen [years of age] at noon then that day [of fasting] is accepted from him. The first part of the day would be classified as voluntary and the latter half as obligatory, so long as he had not yet attained puberty, either by the appearance of pubic hair or ejaculation of sexual fluids from desire. This is also the case for the girl, as the ruling for both is equal [in this matter], except that she has an extra sign indicating her having attained puberty and that is her menses.