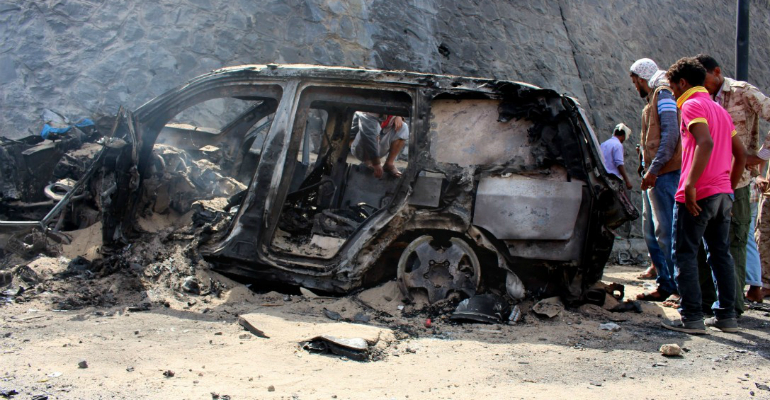 Saudi Arabia has executed at least 54 terrorists who included 49 Saudis, three Chadians, a Nigerian and an Egyptian.

Two Chadians named Issa Saleh Hassan Barkaj and Ishaq Issa Ahmed Chakila were executed in Jeddah in August 2015 after they were convicted of joining the Al-Qaeda terrorist organization and adopting a Takfiri ideology, which was against the teachings of the Holy Qur’an and the Prophet’s Sunnah.

The two men were also convicted of killing a French citizen with a machine gun. They were also accused of attempting to kill a number of foreigners in the Kingdom.

It was proved in the court that the two culprits monitored movement of cars belonging to the staff of a foreign consulate in Jeddah waiting for an opportunity to shoot them dead.

The two men, who possessed firearms, had agreed between themselves to gun down Western expatriates individually.

In January 2017, 47 terrorists, including 45 Saudis, a Chadian and an Egyptian, were executed in Riyadh.

A criminal court had sentenced them to death after convicting them of spreading the Takfiri ideology.

The terrorists were charged with carrying out explosions in a number of residential camps in Riyadh and Al-Khobar in the Eastern Province. They used firearms, grenades and other weapons to kill and wound a number of people, including policemen as well as Saudi and expatriate civilians.

They were also found guilty of poisoning sources of water supply, besides kidnapping and killing a number of expatriates, and mutilating their bodies.

They were also found guilty of attacking the American Consulate in Jeddah in December 2004 where a number of the staff members were killed.

In May 2016, a Nigerian was executed for killing a policeman.

The Interior Ministry said Fahd Bin Bakr Bin Mohammed Hawsawi had killed Abdul Moghni Al-Thibaiti a Saudi policeman by strangling him and hitting his head against a wall several times.

Four Saudis convicted of carrying out a number of terrorist acts were executed in Qatif last Tuesday.

The four — Zaher Abdul Rahim Hussein Al-Basri, Mahdi Mohammed Hassan Al-Sayegh, Amjad Naji Hassan Al-Muaibeed and Yousef Ali Abdullah Al-Mushaikhees — were handed down death sentences for their involvement in a series of shootings and for trading in weapons with the aim of destabilizing the country.