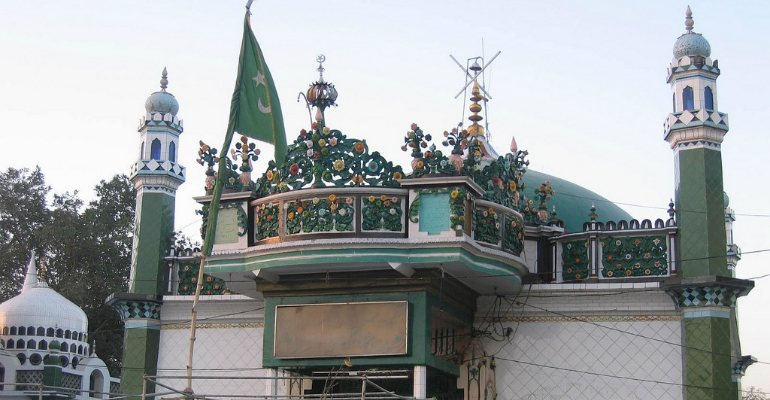 The Braylwiyyah are a Soofee sect which was born in India at the time of the British rule there.

It’s followers concern themselves in exceeding in their love and honour for the Prophets and the “saints” in general, and the Prophet ﷺ specifically.

It’s founder was a man by the name of Ahmad Ridhaa Khaan ibn Taqee ‘Alee Khaan who was born in 1272 A.H. (1851 C.E.) and called himself Abdul-Mustafaa (slave/servant of Mustafaa, i.e. Muhammad (sal-Allaahu ‘alayhi wa sallam)).

He was born in the city of Braylee in the province of Uttar Pradesh and was a student of al-Mirza Ghulaam Qaadir Begg who was the older (blood) brother of Mirza Ghulaam Ahmad al-Qaadiyaanee (founder of the Qaadiyaaniyyah sect).

He was of a slim build and known to be shrewd and clever, whilst also being ill-tempered and foul-mouthed. He used to suffer from chronic illnesses, and used to consistently complain of headaches and back pains.