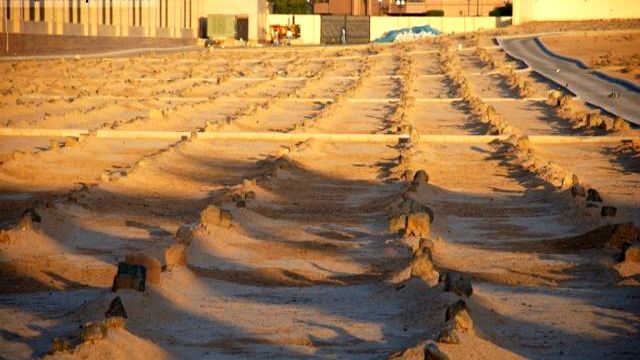 Once, King Khaalid (rahima-hullaah) visited the Shaykh at his house; as was the habit of the rulers in their high regard and respect for the scholars. When the King saw the humble home of the Shaykh he offered to have a new house built for him; [at which] the Shaykh thanked him saying:

“I am building a house in [the district of] as-Saalihiyyah (a district in ‘Unayzah, Qaseem); however, the masjid and the charitable trust are in need of [financial] assistance.”

So, after the King left, some of those sitting in the gathering said: “O Shaykh, we did not know that you were building a home in as-Saalihiyyah,” [to which] the Shaykh replied:

“Isn’t the graveyard in as-Saalihiyyah?”