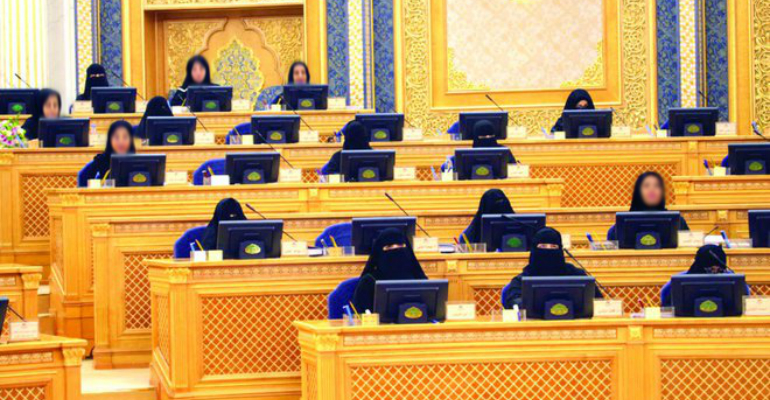 Saudi women are now allowed to issue fatwas following a vote in the Shoura Council.

The historic move was approved by 107 votes and ends 45 years of only specialist men being able to issue fatwas in the Kingdom.

The female muftis are to be chosen by a royal decree.

The Shoura Council approved the recommendation, made by one of its members, during its 49th meeting, calling on the General Presidency of Scholarly Research and Ifta, the only governmental body authorized to issue fatwas in the Kingdom, to open independent sections for women.

Women members of the Council last March had demanded that the issuing of fatwas should not be limited to men, through the involvement of female academies specialized in the study of jurisprudence in issuing fatwas.

The Council called on the General Presidency to appoint specialists for the issuance of fatwas, and provide the necessary human and material requirements, asking it to involve specialists in the Islamic Shariah sciences in some of its works.

The Council also called for the establishment of Ifta-affiliated endowments, and work to develop a mechanism to follow up the implementation of the order to organize the fatwa.

The Shoura Council’s decision was welcomed by specialists in Islamic law and jurisprudence, as well as the majority of the population.

Professor of Juristic Policy at the Naif College for National Security, Saad Al-Quwaie, told Al Hayat newspaper that the involvement of women in Islamic jurisprudence and their participation in scientific activities was one of the key issues in the Kingdom.

“Confirming the work of women in the General Presidency of Scholarly Research and Ifta is an important requirement of Islamic law and jurisprudence. It is governed by the rule of warding off evils takes precedence over bringing benefits for the sake of gender balance, without forgetting that each one has its own role,” he said.

He also said that “the work of women in the General Presidency will be in the field of dissemination of science and awareness.”

He added that the recommendation opened up new horizons regards solving the problem of unemployment among women, guaranteeing the right of women to have a flexible and safe working environment, as permitted by Shariah.

Al-Bishi, a specialist in Shariah policy said that women are central in Islamic communities and the move allowing them to issue fatwas would benefit society.

“This recommendation coincides with the Kingdom’s comprehensive renaissance in the fields of social, economic, political, scientific and juristic.” Al-Bishi said.

He added that the global and regional fluctuations and transformations have forced the Ifta institutions and the scientific and research centers to develop their programs and originate new specialties compatible with the changing course.

“It also imposed the need to introduce women with jurisprudential skills and expertise in emerging cases to repel external interference from those who deal with Saudi women’s issues contrary to Shariah law and the system of this country,” he said.