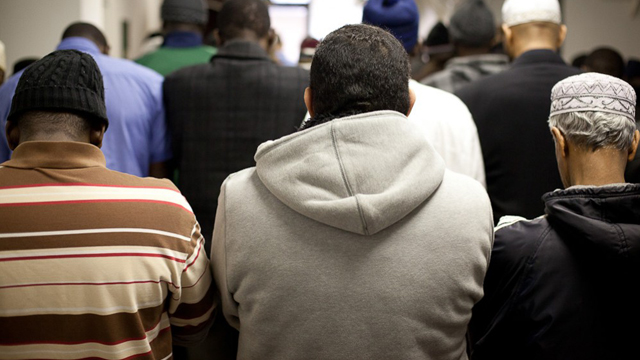 Question: If a young child is standing in line [for the prayer], is it permissible for whoever arrives late to move him to the back or should he stand in line beside him? If it is not permissible to move him back, what is the ruling if he is then unable to perform the prayer properly?

Response: If the young child is aware of his faculties and able to distinguish right from wrong, then he should not be moved back from his place because he has preceded the late-comers [to the prayer] and therefore entitled to his position. This is also a form of encouragement for the young children to hasten to the prayer. However, if he is unable to distinguish right from wrong or is not fully aware of his faculties, then he can be moved back because his prayer is incorrect [since he is unable to fulfill all the pre-conditions for the prayer].